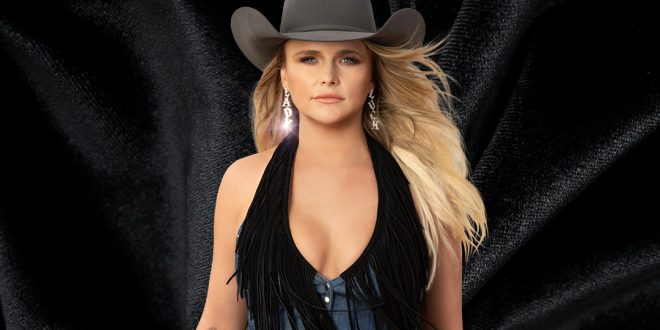 On the heels of being crowned Entertainer of the Year at the recent Academy of Country Music Awards, where she holds the record as the most decorated artist in ACM history, Miranda Lambert will now celebrate the next chapter in her storied musical journey with a headlining Las Vegas residency. “Miranda Lambert: Velvet Rodeo The Las Vegas Residency” opens Friday, Sept. 23, 2022 for a run of 24 shows at Zappos Theater at Planet Hollywood Resort & Casino.

Designed exclusively for Zappos Theater and promoted by Live Nation and Caesars Entertainment, “Miranda Lambert: Velvet Rodeo The Las Vegas Residency,” will give fans an up close and personal opportunity to experience live performances of the numerous chart-topping songs and beloved album cuts from Lambert’s seven No. 1 albums as well as her forthcoming project, Palomino, set for release April 29.

“When you’ve been touring as long as I have, there’s something really creative about imagining a residency in a city like Las Vegas,” shares the woman celebrated by UPROXX as “the queen of modern country.” “I’ve had a lot of fun designing our sets, merchandise and clothing and boot lines – and even my place on Broadway in Nashville, Casa Rosa – so, this opportunity allows me to lean in a bit more into that side of myself and think about how to really bring country music to life in this room. I think everyone will like what we’ve dreamed up. I’m really excited about this!”

Tickets go on sale to the public starting Thursday. GET TICKETS HERE.

In celebration of the just-announced residency, iHeartMedia will present “iHeartCountry LIVE with Miranda Lambert” from Casa Rosa Nashville. Hosted by Amy Brown, the event will feature an intimate performance and exclusive interview that will stream on iHeartRadio’s YouTube and broadcast across iHeartMedia’s Mainstream Country radio stations next Wednesday, April 6 at 7 p.m. local time.

Additionally, Lambert, Live Nation Las Vegas and Caesars Entertainment have announced that $1 of every ticket purchased to “Miranda Lambert: Velvet Rodeo The Las Vegas Residency” at Planet Hollywood Resort & Casino will be donated to Lambert’s MuttNation Foundation, a 501c3 nonprofit that has raised over $6 million since its inception in 2009. The Foundation’s mission is to promote the adoption of rescue pets, support animal shelters across the country, advance spay & neuter and assist with the transport of animals during times of natural disaster. For more information, visit www.muttnation.com.

Music editor for Nashville.com. Jerry Holthouse is a content writer, songwriter and a graphic designer. He owns and runs Holthouse Creative, a full service creative agency. He is an avid outdoorsman and a lover of everything music. You can contact him at JerryHolthouse@Nashville.com
Previous LISTEN: Brantley Gilbert & Jason Aldean’s “Rolex On A Redneck”
Next First Night Of Tin Pan South In The Books