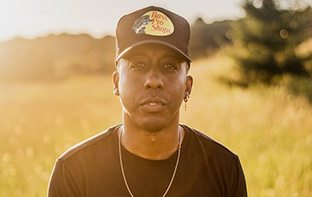 Birmingham native Michael Warren comes home to his Southern roots with new single “What’s Country To You,” out October 21st (Workplay Records). Warren, who has written hits for Jennifer Lopez, Akon, Toni Braxton and more, plans to release his debut EP in February 2023.

“I’ve been writing for so many other people, which I love, but I felt like it was time to record the songs I’ve been working on for years. With Workplay Records, new management and a PR team, we’re excited to get this new music out,” says Warren.

Early listeners describe Warren — who’s opened for Lauren Alaina, Jake Owen, and Zac Brown — as “Darius Rucker meets Morgan Wallen,” with a love of family, country life and values. His pop-country material reflects musical influences of his youth including John Mayer, Garth Brooks, James Taylor, The Wallflowers, Boyz II Men, Brian McKnight, and Bob Marley, who he listened to with his dad. “Dad would introduce me to these songs that just influenced the way I engaged with a groove. It’s why I think I synced up so well in pop songwriting. I’ll always appreciate that; those memories with dad are priceless.”

With a voice and guitar driven sound all his own, Warren’s first single and EP title track “What’s Country To You” (produced by Aaron Eshius, who has topped the charts with Scotty McCreery, Maren Morris and Ryan Hurd), isn’t only a title but a question.

“With our cultures finally seeing that country music is not only to be inclusive but our differences celebrated, I love asking this question: ‘what’s country to you?’” says Warren. “Like life, love and art, country music means a little something different to us all. This fall I’ll get to release this track and play it live and ask that question to fans everywhere… maybe even bringing some love to the world as I do it.”

“I’ve known Michael for more than 20 years and our team knows he’s a star — his writing, performing and energy impacts people in the best way,” says Phillip Hasha, Workplay Records CEO. “He can write a song but also really delivers live and his work ethic is incredible.”

Music editor for Nashville.com. Jerry Holthouse is a content writer, songwriter and a graphic designer. He owns and runs Holthouse Creative, a full service creative agency. He is an avid outdoorsman and a lover of everything music. You can contact him at JerryHolthouse@Nashville.com
Previous LISTEN: Sunny Sweeney’s “Married Alone”
Next Craig Morgan’s Memoir ”God, Family, Country” Out Tomorrow