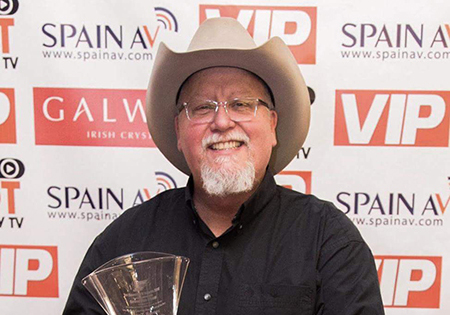 Max T. Barnes Honored As “International Artist of the Year” 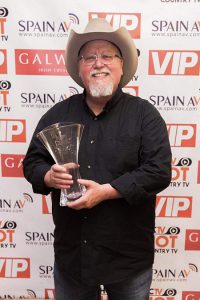 Country hitmaker Max T. Barnes was honored as the “International Artist of the Year” at the Hot Country TV Awards in Ireland on May 1. The event was filled to capacity and was held at the Slieve Russell Hotel.
The award is based on the artist’s popularity and the number of requests per week for the artist’s music. The Hot Country TV Awards is the largest annual country music event in Ireland. Max performed at the awards alongside Irish country artists Nathan Carter, Trudi Lalor and Margo O’Donnell.

“I am honored! I spent my whole life on music row writing songs and now I am having a blast singing them all around the world! What a crazy life. I am blessed,” said Barnes.

Max just finished his Spring tour of the UK and Ireland. In May and June he will be performing in Branson, Mo., and Nashville, Tenn., before heading back to Ireland in July.

Max T. Barnes is a second generation hitmaker and the son of Max D. Barnes, who wrote some of country music’s most iconic tunes such as “Who’s Gonna Fill Their Shoes” by George Jones, CMA Song Of The Year “Look At Us” by Vince Gill, and of course, CMA song Of The Year “Chiseled In Stone” by Vern Gosdin. Between father and son they have had 33 #1 hits and have sold over 70 million records. Barnes wrote his first major song at the age of 19, Vern Gosdin’s “Way Down Deep,” and has been topping the charts ever since, writing “Let Go of the Stone” (John Anderson), “At the Sound of the Tone” (John Schneider), “Before You Kill Us All” (Randy Travis) and “That’s How Your Love Makes Me Feel” (Diamond Rio), to name a few. “Love, Me,” the career-launching hit for Collin Raye, scored Max T. a CMA Song of the Year nomination. He most recently scored a cut on Trace Adkins new album titled “I’m Gone.” Max frequently tours in Australia, Ireland, Belgium, Scotland, England, Sweden, Norway, Canada and the U.S. He recently released his newest album, “Steamboat,” and is currently playing shows across the UK and Ireland on his international “Steamboat” Tour.

Music editor for Nashville.com. Jerry Holthouse is a content writer, songwriter and a graphic designer. He owns and runs Holthouse Creative, a full service creative agency. He is an avid outdoorsman and a lover of everything music. You can contact him at JerryHolthouse@Nashville.com
Previous TONIGHT: Black Rebel Motorcycle Club At The Exit/In
Next Birds of Chicago Release Love in Wartime