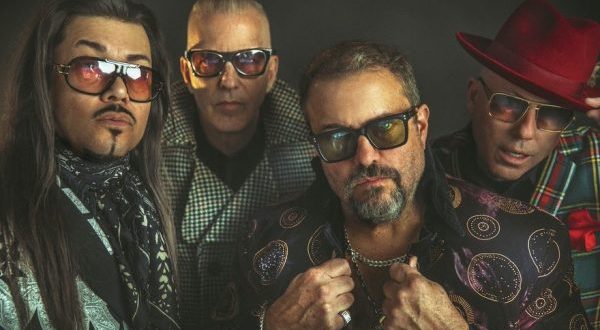 Following the recent success of their extensive 30th anniversary world tour, the genre-bending, multi-platinum selling Mavericks are adding a new career milestone, while also coming full-circle to their early Miami roots with today’s announcement of the band’ upcoming first Spanish language / Latin music album. Set to be released on August 21st, “en Español” will present a collection of new songs written in Spanish, and their unique take on classic tracks that long inspired the GRAMMY, ACM, and CMA-award winners to make Cuban, Tejano/Tex-Mex and additional Latin rhythms from their heritage such an integral part of the Mavericks’distinctive style and the foundation of earlier projects such as the “Havana Time Machine” documentary with PBS.

“This is the record I’ve been wanting the Mavericks to make for a very long time. I’m a first generation Cuban-American, and some of these songs are songs my family would play and sing on weekends at family parties and get-togethers. But it’s not all nostalgia either. There are plenty of new original songs that put this record squarely in the moment for us” said Raul Malo.

Produced by the band’s longtime creative partner Niko Bolas and Mavericks lead singer & principal songwriter Raul Malo, “En Español” will be released by the band’s own Mono Mundo Recordings, supported by Thirty Tigers. The Mavericks are also joined once again by their Fantastic Five sidemen – along with special contributions from longtime collaborators, such as Grammy-winning keyboardist and arranger Alberto Salas and Tejano accordion legend Flaco Jiménez.

This Friday, June 12th will see The Mavericks provide fans and the Latin Music world a first taste of the “En Español” album with the release of the first single and video “Poder Vivir” (‘To Live’). The full album will also become available for pre-sale, with the track listing to be revealed, and the band will be the headline guests of the long-running Latin Alternative Music Conference and Celebrate Brooklyn’s special digital music performance block  (Beginning 2:50pm ET)

Music editor for Nashville.com. Jerry Holthouse is a content writer, songwriter and a graphic designer. He owns and runs Holthouse Creative, a full service creative agency. He is an avid outdoorsman and a lover of everything music. You can contact him at JerryHolthouse@Nashville.com
Previous Acme Radio Live Announces “Keep The Music Playing”
Next LISTEN: NEEDTOBREATHE’s “Survival” Featuring Drew & Ellie Holcomb