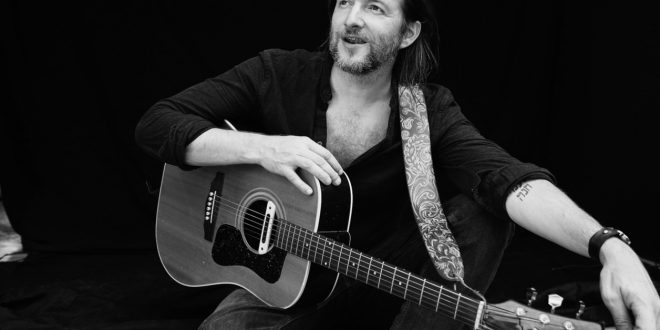 Nashville’s Matthew Perryman Jones will release The Waking Hours on September 21, a career defining work produced by multi-instrumentalists Josh Kaler (Butch Walker, Paris Runner) and Owen Biddle (The Roots). Following the  first single “Careless Man” and the sublime “Anything Goes”, Jones unveils the third track, “Lovers In Another Life” via American Songwriter.
“It’s is a song about dysfunctional love that delves into the push and pull of chasing an ideal situation that’s totally wrong,” explains Jones. I wanted to find you. I looked so long I lost myself. Did I recognize you? Did I mistake you for someone else? “Ultimately, there’s some kind of disillusionment that takes place when we idealize another.”

Matthew Perryman Jones is a seeker of truths who is also a writer of songs, so his existential rumblings and reckonings get turned into art that is both beautiful and meaningful. The Waking Hours is about coming back to something true within yourself and being awake to your own life.

One of the remarkable things about Jones’s songs is how he pairs deeply thoughtful, sometimes esoteric ideas with soaring, accessible melodies. Whether or not listeners ever get past enjoying the hook to plumb the depths doesn’t really matter to him. Jones will be kick off a national tour behind The Waking Hours on release night in Ohio. A full list of tour dates can be found below along with the album cover and track listing.

Music editor for Nashville.com. Jerry Holthouse is a content writer, songwriter and a graphic designer. He owns and runs Holthouse Creative, a full service creative agency. He is an avid outdoorsman and a lover of everything music. You can contact him at JerryHolthouse@Nashville.com
Previous Three Huge Milestones At The Grand Ole Opry Tonight
Next Lee Gantt To Host Free Concert At 3rd & Lindsley