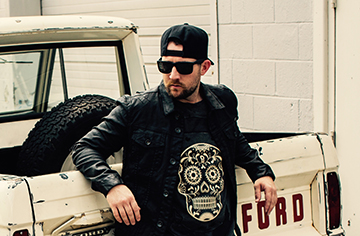 Rising star Lee Gantt will be hosting a special showcase at 3rd & Lindsley Wednesday, August 29 at 6:00pm CT, with doors opening at 5:30 pm.

This ia a free concert and you will have the opportunity to see Lee Gantt perform his hit song “Ruined This Town,” as heard on Spotify’s New Boots & Wild Country playlists, and is in current rotation on The Country Network. Gantt’s debut single is also currently #45 on Music Row’s Country Breakout Chart. Gantt is also set to perform several other songs from his debut EP, Casa Blvd.

Lee Gantt hails from Columbus, Ohio, and honed his craft while attending college at The Ohio State University, performing at local clubs around the area. His music reflects the story-telling tradition of artists such as Hank Williams Jr and George Jones, while pushing the musical envelope in a likewise manner to today’s biggest artists such as Eric Church and Jason Aldean. He has opened shows for such chart-topping favorites as Dustin Lynch, Chris Young, and Colt Ford. Gantt has already started to develop a loyal legion of fans who follow him throughout his social networks, and have helped to make his 2017 debut EP Casa Blvd and current single “Ruined This Town” a
critically-acclaimed favorite.

Music editor for Nashville.com. Jerry Holthouse is a content writer, songwriter and a graphic designer. He owns and runs Holthouse Creative, a full service creative agency. He is an avid outdoorsman and a lover of everything music. You can contact him at JerryHolthouse@Nashville.com
Previous Matthew Perryman Jones To Release “The Waking Hours” September 21
Next Dustin Lynch Brought To Tears With Opry Invitation