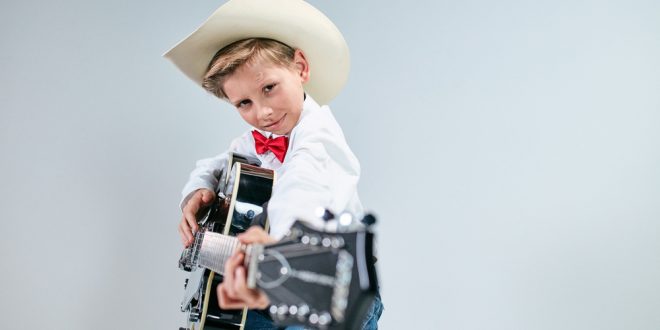 “Chris is like a big brother so I’m super excited to get to learn from him on my first tour,” shares Ramsey. “Hopefully in between shows, I can beat him at basketball too!”

From October 12 at Flounder’s Pensacola Beach in Gulf Breeze, FL, through December 15 at Theatre of Living Arts in Philadelphia, PA, big city stops include Joe’s Live in Rosemont, IL (10/19); Troubadour in Los Angeles, CA (10/28); and Irving Plaza in New York, NY (12/13). Exclusive presale tickets for the nationwide trek including American Idol standout Gabby Barrett are available next Tuesday (8/21) via Spotify, with members of Ramsey’s mailing list gaining access to presale and VIP packages the next day (8/22). General public sales for all dates will then begin on August 23.

Stacking festival dates before hitting the road, Ramsey will introduce tunes from his 6-track debut EP to Hey Stamford! Food Festival in Stamford, CT (8/26); Freedom Fest at the Lake in Kenner, LA (9/2); and FGL Fest in Indianapolis, IN (9/8). Following the tour with Lane, he’s slated to join multi-platinum duo Florida Georgia Line for their five-night residency inside Zappos Theater at Planet Hollywood Resort & Casino on December 1, 5, 7, 8, and 11.
Following high-profile award show appearances at the 2018 Radio Disney Music Awards and Teen Choice 2018, Ramsey is set to make his first Canadian television performance at the 2018 Canadian Country Music Association Awards on September 9.

Music editor for Nashville.com. Jerry Holthouse is a content writer, songwriter and a graphic designer. He owns and runs Holthouse Creative, a full service creative agency. He is an avid outdoorsman and a lover of everything music. You can contact him at JerryHolthouse@Nashville.com
Previous Craig Morgan And Family Award Jerry Greer Memorial Scholarships
Next TG Sheppard and Kelly Lang To Perform At Graceland For Elvis Week