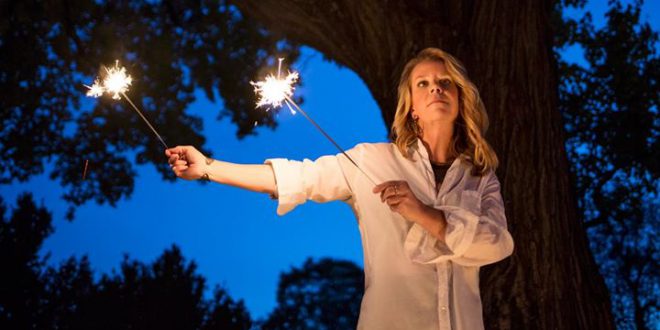 Tickets are now on sale for singer, songwriter Mary Chapin Carpenter’s “One Night Lonely,” a one-of-a-kind livestream concert broadcast from her favorite venue, Virginia’s legendary Wolf Trap, on Friday, November 27 at 8:00pm ET/7:00pm CT. A rare solo performance by Carpenter, the special event will remain available to view throughout Thanksgiving weekend and will also be later released as a live album. To purchase tickets for the concert and pre-order the album, visit Seated.com. Additionally, in this season of giving, fans will also have the option to add a donation for World Central Kitchen to their ticket fee. WCK believes that a fresh meal is more than a plate of food—it’s a sign that someone cares and there’s hope for the future.

Of the performance, Carpenter shares, “Strange yet magical, those are my words to describe how I expect it to feel being alone on this hometown stage at Wolf Trap. I imagine the stillness of the empty seats and the lonely echo of all this space. I miss seeing the audience and feeling that connection, I am grateful for the opportunity to play a solo show, which I haven’t done for a very long time. As we enter the holiday season, so many of us are apart from the ones we love. I hope this concert—which will include songs from my first record to my most recent release—will bring us a little closer, until we can gather again, shoulder to shoulder, celebrating live music once more. The fact that this new performance comes 25 years after the release of my live special, Jubilee: Live from Wolf Trap, only makes the occasion sweeter.”

The concert celebrates the release of Carpenter’s new album, The Dirt And The Stars, which is out now on Lambent Light Records

Music editor for Nashville.com. Jerry Holthouse is a content writer, songwriter and a graphic designer. He owns and runs Holthouse Creative, a full service creative agency. He is an avid outdoorsman and a lover of everything music. You can contact him at JerryHolthouse@Nashville.com
Previous Mike Huckabee Receives 2020 Charlie Daniels Patriot Award
Next 2020 CMA Award Winners