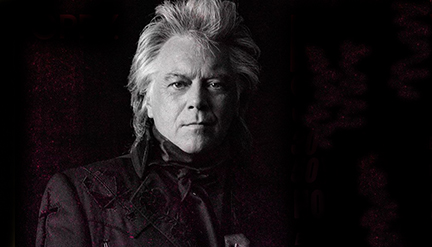 Marty Stuart will celebrate his 30th Anniversary as a Grand Ole Opry member, and his 50 years in Nashville, with an appearance on the Opry Saturday, November 26, just days after the Country Music Hall of Famer is inducted into the prestigious Musician’s Hall of Fame. Stuart will mark the milestone evening with the debut of a new song live from the Opry stage.

The Grammy-winner first made his appearance on the Grand Ole Opry at the age of 13, just one week after joining legendary Country Music Hall of Famer and Opry member Lester Flatt’s bluegrass band as a mandolin player. Twenty years later, Stuart was inducted into the Opry family on November 28, 1992.

Other artists set to appear on the show to celebrate Stuart include The Del McCoury Band, Gary Mule Deer, Stuart’s band, The Fabulous Superlatives, and a debut by Jontavius Willis and more.

Fans not able to attend in person can TUNE IN for a one-hour portion of the night’s show that will air live at 9/8 pm CT and will re-air at 12/11pm CT, as Opry Live hosted by Bill Cody on Circle Television. The show will livestream via Circle’s social channels and be heard on SiriusXM’s Willie’s Roadhouse channel 59. The show will air in their entirety on WSM Radio and opry.com/wsmonline.com.

Since he first stepped on to the stage of the Opry at 13 years old, Stuart has been witness to and part of so many of the Opry’s pivotal and history making moments and befriending some of the Opry and country music’s most legendary performers. He recalls of his first performance on the Opry at 13, “When something exciting would start happenin’ on stage, the crowd would gather. When we got through and we encored, I looked around. There was Tex Ritter and Mr. Acuff and all the Smoky Mountain Boys and Jeanne Pruett. And Lester was just beaming.

“And it was so great because they all gave me their mark of approval then,” he remembered. “They went on to be my friends. My peers were instantly Stringbean and Ernest and Mr. Acuff and Grandpa and folks like that. We had a lot of fun together.

Stuart has said he talked with Minnie Pearl and Roy Acuff about “always coming home to the Opry” and them both giving him their blessing. Stuart recalls Acuff telling him to “not forget the Opry, to keep his boots clean and always look nice on stage.” Those words became a mission. Stuart has been front and center leading the charge to keep the Opry going including not only the once in a lifetime flood that destroyed the Grand Ole Opry House where he led the charge to keep the music playing with staging the Opry show that night from one of its original homes, the War Memorial Auditorium. Most recently, he was one of the stalwart Opry members who once again kept the music playing during the worldwide pandemic in 2020 when for the first time in its history, there was no live audience able to attend. The show went on.

“The Opry is a way of life,” Marty Stuart has said. “It’s an institution that gets passed on every weekend. If you’re going to be a country performer, the Opry is the place to be.”

Though he’s seen many changes in the country music industry over the years, Marty says the Opry has remained constant. “The thing that has absolutely not changed is the Grand Ole Opry,” he says. “The Mother Church of Country Music has remained and it all revolves around it.”

Music editor for Nashville.com. Jerry Holthouse is a content writer, songwriter and a graphic designer. He owns and runs Holthouse Creative, a full service creative agency. He is an avid outdoorsman and a lover of everything music. You can contact him at JerryHolthouse@Nashville.com
Previous Charlie Daniels Patriot Awards Raises Over Half A Million
Next Darius Rucker Celebrates Diamond Certification Of “Wagon Wheel”