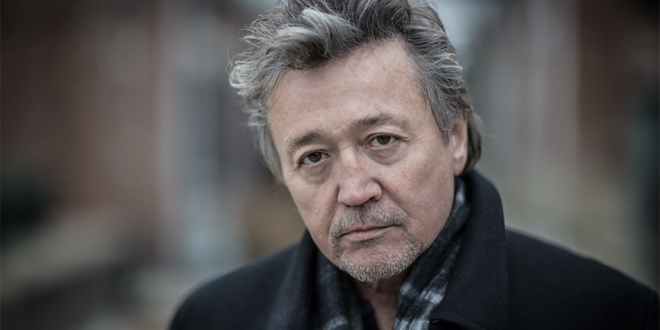 Mark Collie has announced his return to radio airwaves with his latest single, “The Son of a Gun,” which drops via BFD / Audium Nashville / Harvest Entertainment tomorrow, Friday, April 9. Watch the official music video above.

“The Son of a Gun” was written by Collie and Hollywood writer, director and filmmaker Jonathan Hensleigh (Die Hard with a Vengeance, Jumanji, Armageddon, The Punisher).

“This was my first songwriting collaboration with Jonathan,” explains Collie. “He came up with the idea and it really fit the album and gave us an opportunity to recognize and honor those who keep us safe and free.”

“It started with a conversation about our World War II survivor fathers,” adds Hensleigh. “Men who had to carry a firearm in the line of duty and what effect that has on a person when they return from combat.”

The new single will be included on Collie’s forthcoming album, Book of My Blues, set to release later this year. Additional information on the new album will be announced in the coming weeks. Fans can pre-order “The Son of a Gun” here.

Music editor for Nashville.com. Jerry Holthouse is a content writer, songwriter and a graphic designer. He owns and runs Holthouse Creative, a full service creative agency. He is an avid outdoorsman and a lover of everything music. You can contact him at JerryHolthouse@Nashville.com
Previous Lamont Van Hook – Something New
Next Americanafest Set For Sept. 22-25