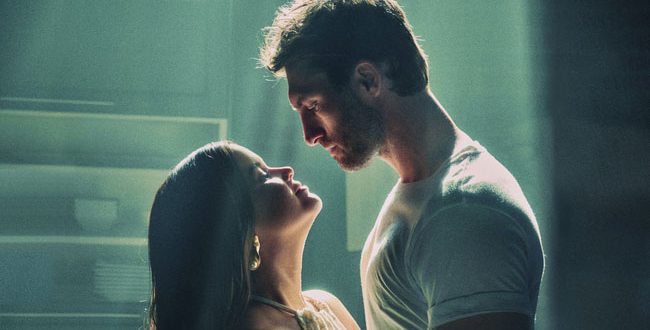 Ryan Hurd and Maren Morris have hit the #1 spot on this week’s U.S. Country Radio Mediabase chart with their Platinum-certified “Chasing After You.”
The couple’s first official duet, “Chasing After You” was written by Brinley Addington and Jerry Flowers and produced by Teddy Reimer and Aaron Eshuis. The song was nominated twice for a CMA award.

Hurd is set to tour the U.S. next year, kicking off the Tour de Pelago in January. Hurd recently released his debut album Pelago, inspired by his upbringing on the shores of Lake Michigan—listen here. Pelago was produced with childhood friend and longtime creative partner Aaron Eshuis, with further contributions from Jesse Frasure and Teddy Reimer. Hurd got his start in Nashville as a songwriter, penning Platinum hits and #1s for Blake Shelton, Luke Bryan, Lady A and Tim McGraw, among others. As an artist he’s released a series of EPs, spawning hits like the Platinum-certified “To a T” and earning more than 700 million streams to date.

Maren’s triple-Platinum, Grammy-nominated smash hit “The Bones” earned her Female Artist of the Year for the second year in a row and Song of the Year at the 2021 ACM Awards and three awards at last year’s CMA Awards. She also performed the track with John Mayer at the 2021 Grammys. “The Bones,” taken from her massively acclaimed, record-shattering 2019 album GIRL, topped the Billboard Hot Country Songs chart for 19 consecutive weeks last year and became the first solo female multi-week #1 at country radio since 2012.

Music editor for Nashville.com. Jerry Holthouse is a content writer, songwriter and a graphic designer. He owns and runs Holthouse Creative, a full service creative agency. He is an avid outdoorsman and a lover of everything music. You can contact him at JerryHolthouse@Nashville.com
Previous WATCH: Ryan Weaver’s Veteran’s Day Tribute “Let’s Talk About Heroes”
Next Kimberly Williams-Paisley and Family Raise $300,000 Alzheimer Association