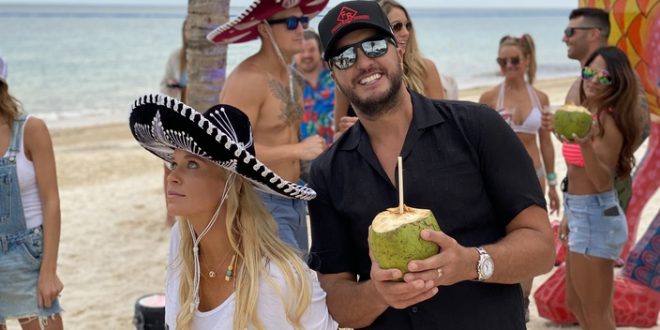 Four-time Entertainer of the Year Luke Bryan scores the 25th #1 single of his career today as “One Margarita” reaches the top of the Billboard Country Airplay and Mediabase charts this week ranking it as the most played song in the country this week.

“When I first heard ‘One Margarita’ I really thought it was the perfect summer song,” said Luke. “It catchy and fun and right now people just need a moment to let go. It’s been fun watching my fans react on socials and it’s gonna be even more fun when I get to perform it for them at a live show!”

“What Makes You Country”- written by Luke Bryan, Dallas Davidson and Ashley Gorley

“Most People Are Good”- written by David Frasier, Ed Hill and Josh Kear

“Light It Up”- written by Luke Bryan, Brad Tursi

“Someone Else Calling You Baby”- written by Luke Bryan, Jeff Stevens

“Do I”- written by Luke Bryan, Dave Haywood, Charles Kelly

Music editor for Nashville.com. Jerry Holthouse is a content writer, songwriter and a graphic designer. He owns and runs Holthouse Creative, a full service creative agency. He is an avid outdoorsman and a lover of everything music. You can contact him at JerryHolthouse@Nashville.com
Previous Charlie Daniels Passes
Next Country Stars Remember Charlie Daniels