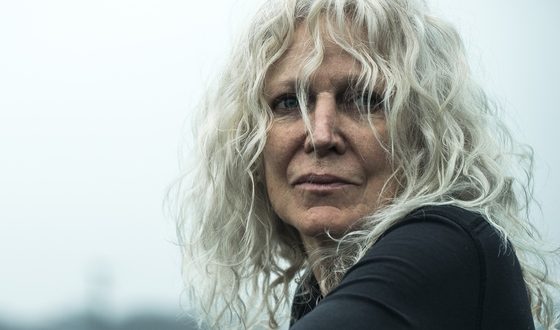 Marshall Chapman has been making records for longer than most of today’s indie rockers have been alive. Songs I Can’t Live Without is her 14th release, her eighth on TallGirl Records.
“I went through a lot of trauma five years ago, which had me telling myself and anybody else who’d listen, that I had retired from making music,” Chapman says.
So Chapman turned to movies. In 2015’s Mississippi Grind, she plays the blues-singing mother of a gambler-drifter played by Ryan Reynolds. Before filming began, the producers asked her to record the Dan Penn and Donnie Fritts classic “Rainbow Road” with an up-and-coming young producer named Neilson Hubbard. Hubbard and Chapman hit it off. After the session, Hubbard suggested they record an entire album together.
“Little did we know that five years later, we would do exactly that,” Chapman says.
Recording an album of classics had always been on Chapman’s bucket list. “The songs I write have always been so personal,” Chapman says. “I needed a break. I was getting tired of living myself into a corner, just so I could write myself out.”
Songs I Can’t Live Without begins with Leonard Cohen’s “Tower of Song,” which Chapman sings for the first time while recording it, and ends with “He’s Got the Whole World in His Hands,” the first song she remembers singing as a child. In between are classics by Otis Blackwell, Goffin/King, J.J. Cale, Bob Seger, and even Chet Baker.
The singer-songwriter-author-actress was born and raised in Spartanburg, South Carolina. For the past 50 years, she’s mostly lived in Nashville. To date she has released 13 critically acclaimed albums, and Emmylou Harris, Joe Cocker, Irma Thomas, and John Hiatt are just a few who’ve recorded her songs. Over the years, she’s toured extensively on her own and opened shows for everybody from the Ramones to John Prine. She’s currently featured in an exhibit, Outlaws & Armadillos: Country’s Roaring ’70s, at the Country Music Hall of Fame & Museum, running until February 14, 2021.

Music editor for Nashville.com. Jerry Holthouse is a content writer, songwriter and a graphic designer. He owns and runs Holthouse Creative, a full service creative agency. He is an avid outdoorsman and a lover of everything music. You can contact him at JerryHolthouse@Nashville.com
Previous Kenny Chesney Reveals Track List For “Here And Now”
Next Luke Bryan Scores 24th Number One