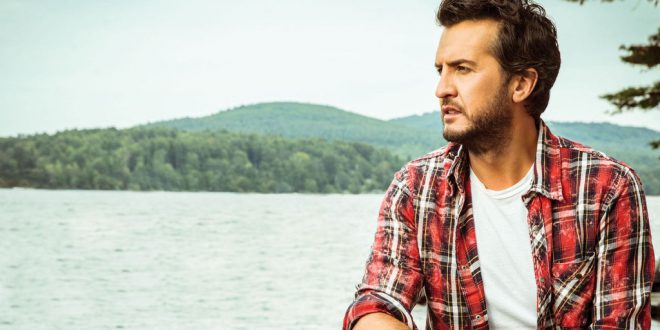 Country music superstar and CMA Entertainer of the Year nominee Luke Bryan is celebrating a decade of saluting the American farmer as he takes his tenth annual Farm Tour 2018 to six cities this fall setting up stages in the fields of local farms from Ohio to Florida > Get Tickets Here!

Four-time ACM and CMA Entertainer of the Year and American Idol judge Luke Bryan garner’s his 20th career #1 single today as “Most People Are Good” hits the top spot on both the Country Aircheck and Billboard Country Airplay charts. This is Luke’s 12th straight Billboard #1, the longest current streak among all artists. “Most People Are Good” is the second consecutive #1 from Luke’s What Makes You Country album.

“I think that ‘Most People Are Good’ might be one of the best songs I’ve ever recorded,” shared Luke. “I think it’s a song that truly helps people believe in people again. We seem to get reminded every day of all the negativity of what humans are, and truly it’s only .001 percent of people causing all the negativity. I mean, I truly believe that.  This song preaches the innocence of children, the beauty of mothers, the beauty of relationships, the beauty of what life truly could be and should be and really is. I think that most people lay their heads down at night and try to be better and try to be good to other people. And this song captures those emotions perfectly.”
“Most People Are Good,” was written by David Frasier, Ed Hill and Josh Kear, landed on Billboard’s 2017 Reader’s List claiming it “is a veer in the road (for Luke): an inspiring, positive-message song with a heartfelt vocal. At a time when the world is not such a positive place it’s, well, just in time.” RollingStone says “Most People Are Good” is “sincere” and is an “uplifting song, a gentle argument for all that’s right in the world.”
Luke has just returned from his first-ever concerts in Hawaii and also Australia, where he performed sold-out shows in Melbourne and Sydney and played the CMC Rocks Festival.

Music editor for Nashville.com. Jerry Holthouse is a content writer, songwriter and a graphic designer. He owns and runs Holthouse Creative, a full service creative agency. He is an avid outdoorsman and a lover of everything music. You can contact him at JerryHolthouse@Nashville.com
Previous 10 Questions With Josie Dunne
Next “Nashville” Stars Play To Sold-Out Grand Ole Opry Crowd