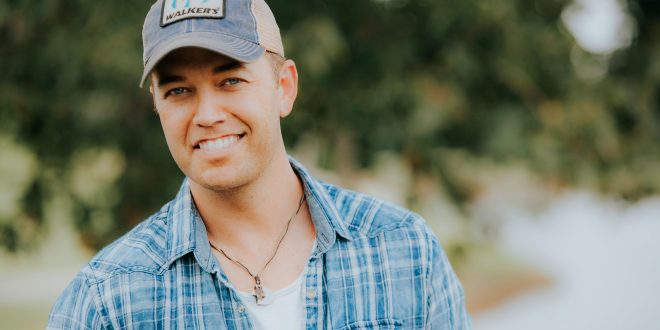 While millions are social-distancing away from family and friends, Lucas Hoge speaks from the heart on “Wishin’ I Was Fishin'” which pays tribute to his father. Hoge is partnering with Salt Life, one of today’s leading lifestyle brands, for a massive Father’s Day Giveaway that includes a one-of-a-kind custom acoustic guitar, $300 gift code to SaltLife.com and a chance to be featured in Hoge’s “Wishin’ I was Fishin'” music video. Click HERE to submit your fishing photos for your chance to win.

Hoge debuted the single on stage at the Grand Ole Opry the day he co-wrote it with Philip Lammond. “I have always wanted to write a song about my dad. Family is so important and my relationship with dad means the world to me. My buddy Phillip and I agreed that paying homage to our dads would make for a great song. We both grew up fishing with our dads and thought writing about that time alone.”

The Nebraska native’s new series “Hoge Wild” will premiere June 29 on the Sportsman’s Channel. “Hoge Wild” takes viewers across the globe with the country singer as he travels to New Zealand, Bolivia, Africa and more. With a guitar in one hand and a bow in the other, Hoge is going wild in the great outdoors camping, fishing, hunting, exploring, diving and singing. An avid outdoorsman, Hoge aims to change the narrative around conservation and hunting with his new series.

Music editor for Nashville.com. Jerry Holthouse is a content writer, songwriter and a graphic designer. He owns and runs Holthouse Creative, a full service creative agency. He is an avid outdoorsman and a lover of everything music. You can contact him at JerryHolthouse@Nashville.com
Previous Luke Combs Scores His Eighth-Consecutive #1
Next WATCH: Charlie Daniels’ “Beau Weevils” Quarantine Jam Session