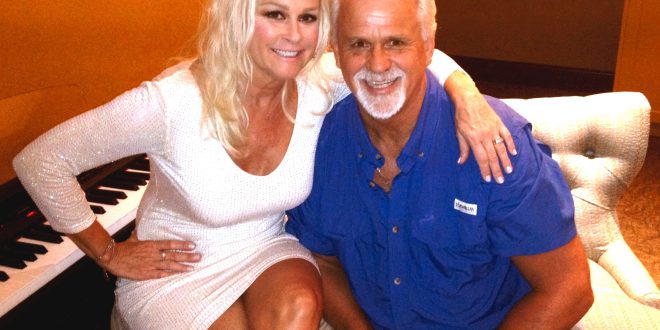 Lorrie Morgan & Marty Morgan Announce From the Heart: A Night with the Morgans

LORRIE MORGAN & MARTY MORGAN ANNOUNCE FROM THE HEART: A NIGHT WITH THE MORGANS AT THE BLUEBIRD CAFÉ AUGUST 2

Country music songstress Lorrie Morgan will join her brother, acclaimed songwriter Marty Morgan for a very special evening of music at the world famous Bluebird Café on Wednesday, August 2. Children of Grand Ole Opry® Star, George Morgan, the next generation will come together and share the heartfelt songs and stories they love the most.

The in-the-round performance will begin at 9:00pm with doors opening at 8:30. The night will also feature several special guests who will join in and celebrate the iconic music that the Morgan family have shared with the world for the past several decades.

Sultry country songstress Lorrie Morgan has sold over 12 million records worldwide, including fourteen top ten hits, twelve recorded albums and four Female Vocalist of the Year awards. She was the first female artist to ever have three consecutive albums RIAA-Certified Platinum®. She made her mark with what have now become timeless country standards, “Five Minutes,” “Except For Monday,” “Something In Red,” “Watch Me” and “What Part Of No,” and established her place as a country star—a modern woman making country music history. At age 13, she made her first and everlasting impression on the country music world when she played at The Grand Ole Opry, making her one of the youngest to have made her debut at the Mother Church of Country Music. Three short years later after her dad, country music star George Morgan’s passing, Lorrie launched her own career and began touring with her father’s band. She made history of her own when she became a lifetime member of the Grand Ole Opry at the age of 24 — one of the youngest to ever become a member. Morgan continues to record and tour extensively. Her latest solo project, “Letting Go…Slow” was released in early 2016 to critical acclaim. She recently finished recording a second duets album with longtime friend, collaborator and touring partner, Pam Tillis. The project is set for release this fall. Lorrie’s 2017 tour has her visiting every corner of the United States, multiple trips to Canada, as well as stops in Finland and Norway.

Marty Morgan is the son of Hall of Fame Member George Morgan and the brother of acclaimed platinum recording artist, Lorrie Morgan. He is also the creative director and co-owner of Red Hot Music Concepts in Nashville, a business specializing in commercial jingles and television theme songs. After an awarding-winning career in advertising as a writer and a voice over artist, as well as the a former writer for the hit TV show Nashville Now, Marty has turned his attention full time to his true passion – song writing. He has written over 400 songs including cuts by sister Lorrie Morgan, Don Gibson and Faron Young. Most recently, Morgan is one of the co-writers behind the new Aaron Lewis single entitled Folded Flag on Big Machine Records, a song about a soldier writing home to his newly windowed wife and unborn child. In addition to the new Aaron Lewis single, he has another successful release on independent country artist Corey Farlow with a hot new Christian single called If Jesus Sang Country Songs which is already a top 20 record on the ICMA Charts.

Previous Memphis Food & Wine Festival  Announces Date, Chefs and Wineries
Next Catching up with Tennessee Homegrown Band, Judah & the Lion, the Band you Should be Following