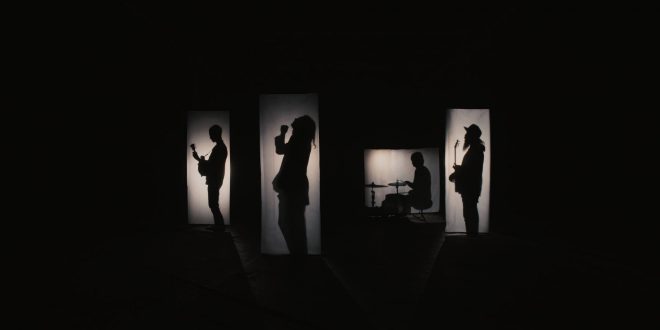 Catching up with Tennessee Homegrown Band, Judah & the Lion, the Band you Should be Following

For years the Tennessee homegrown band, Judah & the Lion, has been doing things their way, straddling the fence between genres. Battered and Brewed caught up with drummer Spencer Cross to talk about music, tour life, and of course food!

Good Afternoon! Thank you so much for talking with Battered and Brewed! What was a typical dinner or family meal like for you growing up?

One of my mom’s classic meals was pork tenderloin, mashed potatoes, and broccoli. SO good!

Who’s the bigger foodie in the band?

We all really love food and have different tastes so that’s a hard one… I’ll say Brian!

A couple of my favorite spots are Burger Up (try the “Troyathalon” veggie burger) and Baja Burrito (can’t go wrong with anything).

I can’t imagine you get a lot of time to cook while you are on tour. When out on the road, who gets to pick where you eat?

Usually Brian or I will do some research on what’s in the area and read a lot of reviews to figure out some sweet local spots.

What’s one memorable meal you’ve had during your travels?

There’s too many to count: falafel in NYC, reindeer in Sweden, mussels in Vancouver…we LOVE food. Also, not technically food, but Tim Wendelboe coffee in Norway.

Is there anywhere that you haven’t been that you are dying to go?

We are really excited to go to Europe this November and try some different foods from cultures we haven’t yet experienced.

I am sure you get this question a ton, but please tell us about the band’s name.

Judah wanted to be a rapper as a kid and his mom told him that his rapper name should be the Lion of Judah. When we were coming up with names, that came up, we turned it around, and it just felt right.

For someone not familiar with you music how would you describe it?

Either “folk hop n roll” (our most recent album title) OR Booty-Poppin-Banjo-Music.

You just joined up with Incubus and Jimmy Eat World for a massive summer amphitheater tour, what are looking forward to most about this tour? Any places you can’t wait to play?

Just getting to hang with these heroes of ours. They’re all so nice and such pros. We’re really looking forward to playing Hollywood Bowl in L.A.!

We are digging your song “Suit and Jacket.” Can you tell us a little about the inspiration behind it?

It’s about living life to the full. There’s a lot of things you can’t control in life but it’s about doing the best with what you can control and remembering what’s important, because we all have a limited time on this Earth.

You just got done performing at the Forecastle Festival, how was that? What can fans look forward to the rest of the year?

It was amazing! We love visiting Louisville. Speaking of awesome food, we got to eat at RYE which is one of our favorite restaurants on the road. We’ll be out with Incubus and Jimmy Eat World till mid August, and then we head out on a nationwide headlining tour, and then we’re off to Europe to open for Kaleo.

It’s all about surrounding yourself with awesome people, whether it be family or friends, to keep you grounded and help remind you the things that are important in life. We really just want to inspire people and encourage others to live life to the full through our music.

I’d have a nice juicy steak with Teddy Roosevelt.

See Judah and the Lion at the Ryman in Nashville, TN!
Friday, September 8 and Saturday, September 9, 2017
Tickets on Sale Here!  100% Worry Free Guarantee /  Seats are together unless otherwise noted

ABOUT JUDAH AND THE LION:
Years before forming one of Nashville’s most genre-bending bands, the members of Judah & the Lion grew up in separate corners of the U.S., listening to every type of music that came their way. They loved it all: the twang of folk, the beat of hip-hop, the drive of rock & roll, the punch of pop. Later, after college brought all four musicians to Tennessee, it only made sense to combine those different backgrounds — and different sounds — together.

With their second full-length album Folk Hop N Roll, the guys shine a light on the place where their influences overlap. It’s a wide-ranging sound, with fuzz bass, hip-hop percussion, distorted banjo riffs, and super-sized melodies all stirred into the same mixing pot.

“There’s no boundaries,” says front man Judah Akers, who shares the band’s lineup with drummer Spencer Cross, mandolin player Brian Macdonald, and banjo wiz Nate Zuercher. “We wanted to make something raw, something with attitude. We all grew up loving these hip-hop beats, so why not make an album that has the grit of Run DMC or Beastie Boys, along with all the folk instruments that we play?”

Like Kids These Days — the band’s debut record, which climbed to number four on the Billboard Folk Chart and number two on the genre-wide Heatseekers chart after its release in September 2014 — Folk Hop N Roll was produced by award winner Dave Cobb (Jason Isbell, Sturgill Simpson, Chris Stapleton). Cobb captured the band’s new songs in a series of quick, inspired takes, aiming for performances that sounded real and raw rather than polished and perfect. Everything was done in just two weeks. The goal was to fuel the album with the same electricity that fills the band’s live show.

An independent band whose success has arrived not on the back of some big budget major label, but through the band’s own touring, Judah & the Lion have built a large, loyal fanbase on the road. They played 150 shows in 2015 alone, stretching their gigs all across America and Scandinavia. Along the way, they shared stages with artists like Mat Kearney, Drew Holcomb, and Ben Rector. That sort of drive — the commitment to chasing down their dreams, one encore at a time — also fuels the lyrics that appear on Folk Hop N Roll, a record whose songs spin stories of struggle, triumph, and all points in between.

“This record was made for the live show,” Akers promises. “Our shows are all about the experience we share with our fans. We know that people work everyday jobs or go to school, and they’re dealing with life, and yet they’re still choosing to spend the night with us. We don’t take that lightly. We give them an experience. We throw an absolute rage. And all the songs were made with that in mind. They’re fun, carefree, and youthful, and we live our lives that way, too.”

Anthemic and wildly creative, Folk Hop N Roll is unlike anything else in modern music. It’s a rulebreaking record, with Judah & the Lion creating a sound that belongs entirely to them. From the earthy stomp of roots music to the bold bounce of hip-hop, Folk Hop N Roll casts a wide net, proof that Judah & the Lion — who are now four releases into their career — have developed quite the roar.

Judah & the Lion followed the release of Folk Hop N Roll with a massive tour spanning most of 2016. Late in the year, after being named iHeartRadio’s Artist on the Verge, their single “Take It All Back” began to climb the ranks at Alternative Radio, eventually culminating in a three week stint in the #1 spot to kick off 2017. In tandem with their first #1 song, Judah & the Lion also kicked off a tour as support for Twenty One Pilots which brought them to arenas all across the US.

Inspired by how their genre-blending style was connecting with fans, Judah & the Lion headed back into the studio in early 2017 to record 4 brand new songs dubbed the Going to Mars Collection, which, when combined with Folk Hop N Roll, make up Folk Hop N Roll Deluxe. The rebooted version of the album includes the band’s follow up to “Take It All Back,” the equally high energy and anthemic “Suit and Jacket” which is impacting Alternative Radio now.

With no intention of slowing down anytime soon, Judah & the Lion will embark on the Going to Mars headlining tour this Spring and Fall. In between, they have planned select dates with Kaleo before hitting summer festivals and embarking on an amphitheater tour with Jimmy Eat World and Incubus.