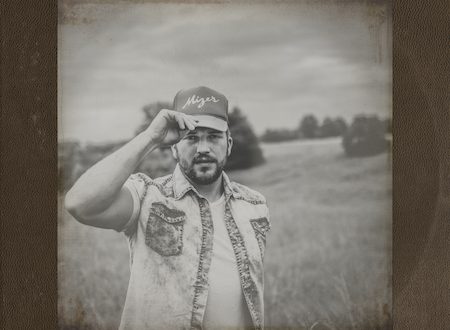 Logan Mize continues to prove that he is one of the hottest artists to watch in country music. With cutting-edge successes throughout his career and strong fan feedback Mize will deliver a 12-track album aptly-titled Come Back Road on July 28. The strength of the songs on this album comes from A-list writers including Mize himself along with Josh Kear, Ross Copperman, Matraca Berg, The Warren Brothers, Rodney Clawson, Shane McAnally, Josh Osborne and many more.

The first single, “Ain’t Always Pretty” has already seen more than 20 million streams on Spotify where it is featured on the popular playlists ‘Hot Country’ and ‘New Boots.’ It is also included on Apple Music’s notable ‘The A-List: Country’ and ‘Cool Country’ playlists. Launched by The Bobby Bones Show, the song is quickly becoming the most popular single ever released by the fast-rising performer, catapulting him to success. After being dropped from a major record label Mize is continuing to pave his own yellow-brick road to success.

“If I was a record label, I would be scooping this guy up ‘cause this song is a hit,” Bobby Bones said on-air, adding, “I get chill bumps from this song.”

“I’ve never put my voice behind a bigger or better group of songs. I would love to see them connect with a grand scale audience that loves them as much as I do,” said Mize.

About Logan Mize
Logan Mize is an accomplished country singer/songwriter from Clearwater, Kansas, who has deep musical roots to his family tree. His great uncle was Billy Mize, largely known for crafting and evolving the legendary Bakersfield sound, which included musical pioneers Merle Haggard and Buck Owens. In 2010, several years after moving to Nashville, Logan signed a publishing/record deal with Big Yellow Dog Music and a booking deal with William Morris Endeavor. He spent the next seven years playing seemingly every venue in every town across the U.S. and winning over fans every stop along the way. In 2016, Mize made waves when he booked a solo acoustic tour via social media and traveled more than 20 thousand miles in less than two months in a 1989 Chevy station wagon named “Glenn” running his own sound and lighting performing 2- and 3-hour acoustic shows for  fans across the country. Mize is excited for this new chapter and this new, much-anticipated release with Big Yellow Dog Music. For more information, please visit www.loganmize.com