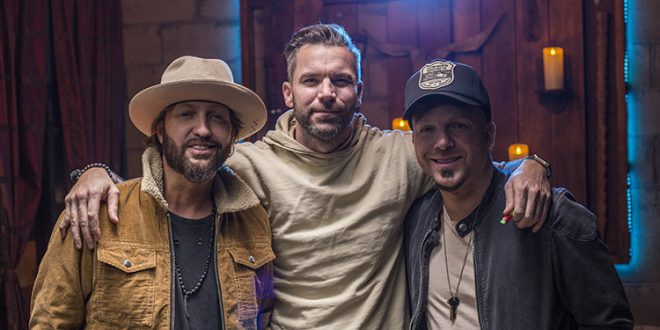 LoCash Premiers New Video “Don’t Get Better Than That”

With the scenic backdrop of Southern California behind them, Reviver Records’ party-starting duo LOCASH are toasting to life’s unforgettable moments in the brand new video for “Don’t Get Better Than That,” world premiering last Friday on ETonline.com. The up-tempo celebratory song – penned by the duo’s Chris Lucas and Preston Brust (alongside Phil Barton and Lindsay Rimes) – serves as the first single from their forthcoming album and is currently climbing the Country charts.

Directed by TK McKamy, the video features LOCASH living it up in a mountaintop paradise and “sippin’ on a sunset” with George Dickel Tennessee Whisky beside a bonfire.

LOCASH will keep the party going in Las Vegas, performing at the ACM Party For A Cause: Tailgate Party at Stoney’s Rockin’ Country on Saturday, April 14. Then, the twosome will vie for ACM Vocal Duo of the Year at the 53rd Academy of Country Music Awards, broadcasted live on the CBS Television Network on Sunday, April 15.

Kicking off this weekend as direct support for Billy Currington’s 2018 tour, the duo will join the Country hit maker in Wallingford, CT (3/30) and Hampton Beach, NH (3/31). They’ll continue to support Currington throughout the summer, while also headlining shows and appearing at high-profile festivals including CMA Fest, Country LakeShake, Faster Horses, Watershed and more.

Music editor for Nashville.com. Jerry Holthouse is a content writer, songwriter and a graphic designer. He owns and runs Holthouse Creative, a full service creative agency. He is an avid outdoorsman and a lover of everything music. You can contact him at JerryHolthouse@Nashville.com
Previous Adam Sanders Releases Second Single From Upcoming Self-Titled EP
Next Chris Tomlin’s “Good Friday Nashville” Concert Better Than Good