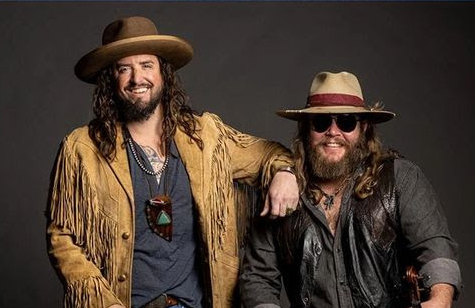 Country duo War Hippies release a fan favorite holiday cover of “O Holy Night.” This was the first song band members Scooter Brown and Donnie Reis ever recorded together when they first formed their act in late 2021. This single quickly became the crowd’s favorite song in concert, with frequent requests to release the song since the beginning. (Listen above)

Accompanying this new release is a live performance video of the band recording the song in studio here in Nashville, Tennessee. There will also be another chance to watch War Hippies play the cover live on December 3, 2022 on the Mandolin livestream concert.

“‘O Holy Night’ was recorded live at Twelve 3 South Recording in Nashville, Tennessee. It was actually the very first thing War Hippies ever recorded when they very first formed the act late 2021. Fans have been requesting the song’s release since then, so we’re excited to offer it this holiday season on all platforms,” said War Hippies.

War Hippies is a brand new country duo and lifestyle brand from USMC and US Army combat veterans, Scooter Brown and Donnie Reis. Forming in 2022, each has enjoyed extremely successful careers of their own, bringing a combined history of 20M streams and counting, 26 Billboard Top 10’s, and 25 years of touring around the world with acts including Randy Travis, Travis Tritt, and Charlie Daniels.

Music editor for Nashville.com. Jerry Holthouse is a content writer, songwriter and a graphic designer. He owns and runs Holthouse Creative, a full service creative agency. He is an avid outdoorsman and a lover of everything music. You can contact him at JerryHolthouse@Nashville.com
Previous Marty Stuart Celebrates 30 Years As Opry member
Next Operation Song 10th Anniversary Event Announces Performers