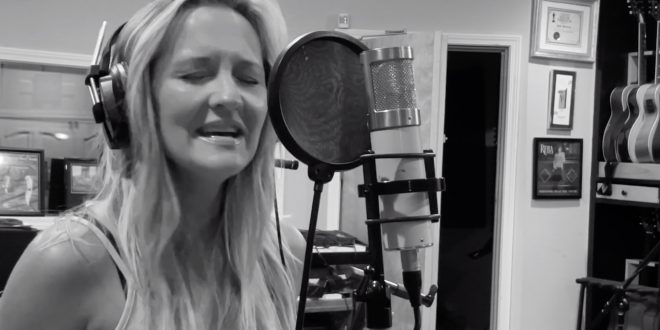 LISTEN: Teea Goans’ “What’s A Girl To Do”

“I wrote this song one afternoon with Moose, as an homage to Frank Sinatra and his style,” explains Goans. Sinatra has always been one of my biggest invluences as an interpreter of lyrics. The melody is so complete yet so soothing, and the lyric tells a story that I think will be relatable to most women.”

Any artist who has ever hoped to move forward knows all too well the importance of embracing innovation and accepting new challenges, regardless of where and when they occur. Accruing fame and a fan following may be the priority, but the only way to assure a successful career is to evolve and transition in order to reach one’s fullest potential.

With All Over the Map, set for release on September 17, Goans, finds a new form of expression, one that finds her sharing her creativity, perceptions and observations in the form of original songs cowritten with Brown, one of Music City’s most highly regarded songwriters. It’s a solid step forward, one that reflects well on a career that’s won her widespread acclaim and the ongoing respect of those who inhabit Nashville’s sprawling music community. Brown also produced the project.

Music editor for Nashville.com. Jerry Holthouse is a content writer, songwriter and a graphic designer. He owns and runs Holthouse Creative, a full service creative agency. He is an avid outdoorsman and a lover of everything music. You can contact him at JerryHolthouse@Nashville.com
Previous Chase Rice Hits The Top Of The Charts
Next Bonnaroo 2021 Health & Safety Entry Requirements