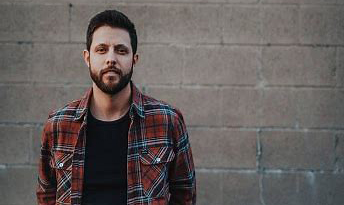 LISTEN: Ray Fulcher’s “Girl in It”

After years of watching songs he’s penned climb the country radio charts & touring as an independent artist, Ray Fulcher is moving his artist career forward as his debut single “Girl in It” is officially at Country Radio now. First shared with the Ray Fulcher Fan Club, Fulcher revealed the artwork for his upcoming EP, Larkin Hill Mixes, set for a September 17th release on Black River.

In celebration of the EP release, Fulcher is playing an 18+ show at Nashville’s famed Exit/In on Wednesday, September 15th, with guests Faren Rachels and Southerland. Tickets for the show are available now and can be purchased here.

Listening to his Black River debut EP, Larkin Hill Mixes, the songs are instantly recognizable. Heck, they feel like old favorites from the very first listen. Maybe it’s the influences he grew up on. Maybe it’s the desire to lift people up, let them feel what he’s writing. Or maybe, just maybe, the friendly artist who writes songs of misdirection understands that life is what you make it – and lets his songs take it from there.

Teaming with West Tennessee’s Jonathan Singleton for production, the pair dug in for a Memphis-meets-’90s country sound. Guitars that sting, hooks that land and story twists that prompt smiles, they created retro-contemporary sounds that are old school, new school and no school country.

Whether it’s the quick-word dropping, slow chorus in “Way Out” that pits the notion of how far out of town one lives with the idea of escape or the vocal harmony-basted swagger of the country living truths in “Compliment,” Fulcher delivers songs that distill a slower way of life that’s equal parts pride, joy and good clean fun. The euphoria almost rises from the tracks as the words, melodies and darning needle guitars fly by.

Certainly “Girl in It” leans into the notion of rhythm and punctuation. Whirling through the phases of love and losing, the truth is that no matter what – there’s always a girl in it. “In the verse, you’ve definitely got that very rhythmic, aggressive tempo going on, but the way the hook lands, it changes everything up,” said Fulcher. “You know, you can take a simple idea, but dress it up with how you drop the words, where you put the melody in the hook.”

That same hand-clap percussive drive marks “Damn If It Didn’t Hurt,” the truth-telling take on life’s little defeats and how a man growing up faces life, love and disappointment. The turnaround here comes from the reality that the best things in life often come with just enough pain to let you know, but not enough pain that if you could do it all over again, you’d do a single thing different.

Music editor for Nashville.com. Jerry Holthouse is a content writer, songwriter and a graphic designer. He owns and runs Holthouse Creative, a full service creative agency. He is an avid outdoorsman and a lover of everything music. You can contact him at JerryHolthouse@Nashville.com
Previous Darius Rucker Raises Over $2.5 million For St. Jude
Next Featured Bonnaroo Artist: Bre Kennedy