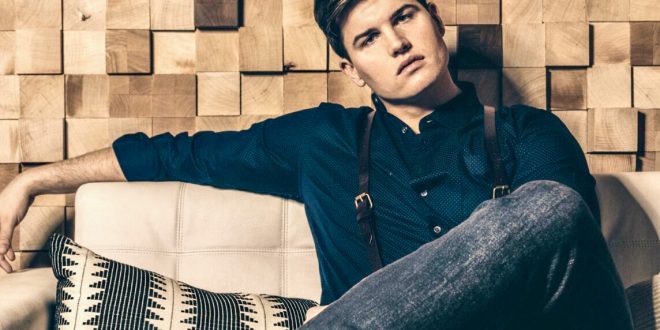 Raleigh Keegan is releasing a brand-new track, “Easy On The Trigger,” tomorrow, April 23 across all streaming platforms. Listen to his official lyric video above.

“Easy On the Trigger” is an up-tempo jam about not worrying about keeping up with the Jones’ or passing quick judgement of others, as he sings, “easy on the trigger when you’re pointing that finger.” The song is co-written by Raleigh with Alex Dooley and Brian Carper and produced by Grammy-award winner Ryan Gore (Jon Pardi, Old Dominion).

“It was a fun song to write because it has a serious message wrapped in up-tempo music. It will make you dance while encouraging you to be thoughtful about prioritizing what is important in life over trivial things,” says Raleigh. “The song is about not judging other people by their material possessions, how they choose to live their lives or their social status because ‘time is undefeated’. It is the great equalizer for all of us.”

“Easy On The Trigger”  follows previously released tracks “Handyman,”  “Long Line of Lovers,”   ”Another Good Day,”  and  ”Way Back,”  with  additional  songs  dropping in the coming months.

Honesty is front and center in all of Raleigh’s music, as he has co-written every track from his upcoming project, pulling from his unconventional upbringing. Born inside the Columbus State Penitentiary where his biological mother was serving time for drug-related charges, Raleigh was adopted and raised by a loving family in Cincinnati who encouraged his passion for music.

Raleigh has accumulated over 7 million streams across his catalog to date, and has opened for artists such as Eric Church, Brothers Osborne, Florida Georgia Line, Thomas Rhett, Drake White, and Mitchell Tenpenny.

Music editor for Nashville.com. Jerry Holthouse is a content writer, songwriter and a graphic designer. He owns and runs Holthouse Creative, a full service creative agency. He is an avid outdoorsman and a lover of everything music. You can contact him at JerryHolthouse@Nashville.com
Previous Luke Bryan’s ’Crash My Playa’ Sells Out
Next Tenille Arts Hits The Top Of The Charts