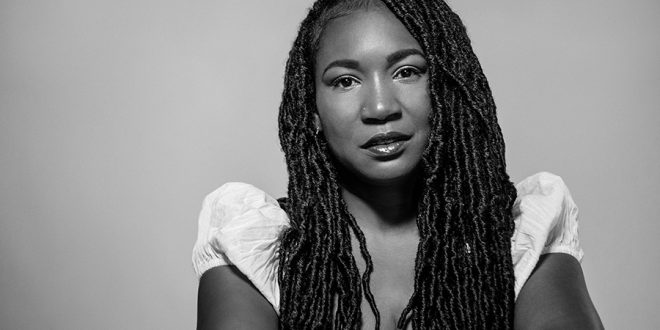 Miko Marks has announced the release of her upcoming single, “One More Night” on July 28, 2022. The single came with the announcement of the upcoming release her new album, Feel Like Going Home, on October 14, 2022 – see feature here. “One More Night” follows her March 2022 single and title track to the album, “Feel Like Going Home,” which was released almost exactly one year after her album, Our Country (March 26, 2021) and approximately six months after her follow-up EP, Race Records (October 1, 2021).

Marks sees “One More Night” as a tribute to music that she loves. “This is the sound and style of the music we love,” says Marks. “Gritty and full of soul. It takes me back to my gospel, blues and country roots. As the world keeps changing faster and faster, there’s a piece of the past that we should always hold onto to keep us grounded and carry us forward,” she continues.

After releasing Our Country, in March 2021, Marks dove head first into an industry that previously never fully embraced her. She closed out 2021 with her EP release, Race Records, which shined a light on the arbitrary divisions forced upon artists and audiences in the early days of music marketing in the 1940s. In January of this year, Marks was named to CMT’s Next Women of Country Class of 2022 and by April, she stood alongside five other artists and managers chosen to participate in the inaugural Equal Access Development Program, a program designed by mtheory and CMT to foster and support marginalized communities underrepresented in the genre of country music. Now more than ever, the change needed is beginning to come to fruition; a change Marks feared she wouldn’t bear witness to in her existence: “I get emotional around it, because I didn’t think I would see any of this in my lifetime,” Marks says.

Feel Like Going Home is an amalgamation of where Marks has been and where she is going. What she has learned and what she wants to teach. It’s an innermost look at the ebb and flow of her past, present and future. It’s the stories she wants to tell but hasn’t been able to speak into existence ever before. The messages are profound: healing, restoration and distinctly individual.

Music editor for Nashville.com. Jerry Holthouse is a content writer, songwriter and a graphic designer. He owns and runs Holthouse Creative, a full service creative agency. He is an avid outdoorsman and a lover of everything music. You can contact him at JerryHolthouse@Nashville.com
Previous Randy Rogers Band Drops “Homecoming” In October
Next Charlie Daniels Journey Home Project Raises Over $1.2 million