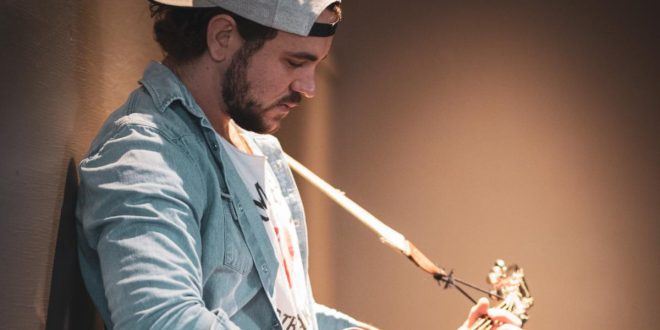 ﻿The songwriters, both from small towns, channeled the feelings they had in their youth about wanting to leave town and find a new adventure. With his distinct gritty sound of Heartland Rock meets Country, Matt Jordan is carving out his own path in today’s music scene.

In the story behind the song, Matt Jordan describes an urge to just get in the car and head west through the heartland of America. The single combines the captivating storyline with Jordan’s unique, gritty sound.

“Wanting to hop in the car, head west and drive straight through the heartland is something I’ve always wanted to do,” said Matt Jordan. “When writing this song, my co-writer, Jordan Brooker, brought an infectious melody to the chorus and some incredible lines to the single. I think we hit on something that anyone from a small town has felt before and I’m excited for this single to be released.”

This is Jordan’s follow up to his recent debut EP Middle of Everything (October 2021), produced Sal Oliveri. The EP showcases the rising star’s gritty vocals and country/rock influences, drawing comparisons to the likes of artists such as Bruce Springsteen and Eric Church, while showcasing his artistry as a songwriter.

Matt Jordan is currently working on new music that will be released in 2022.

Music editor for Nashville.com. Jerry Holthouse is a content writer, songwriter and a graphic designer. He owns and runs Holthouse Creative, a full service creative agency. He is an avid outdoorsman and a lover of everything music. You can contact him at JerryHolthouse@Nashville.com
Previous Jacob Bryant Makes His Opry Debut
Next Sam Kogon Premieres “Barbed Wire” Video On Nashville.com