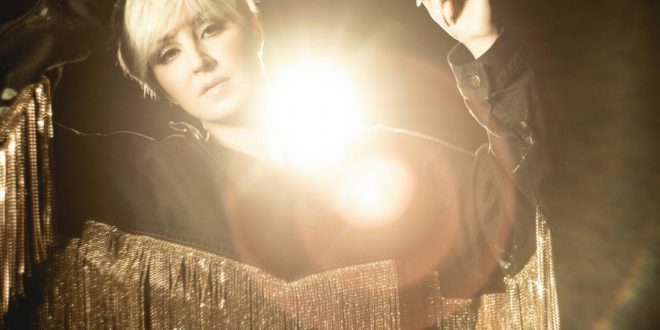 LISTEN: Maggie Rose’s “What Are We Fighting For”

Nashville-based rock and soul singer-songwriter Maggie Rose released the deep soul single from her forthcoming album, Have A Seat. The rousing, gospel-charged new song, “What Are We Fighting For,” is available everywhere today. The track sets the tone for Have A Seat’ s message of loving solidarity, its power intensified by Rose’s tender yet powerful vocals and soulful harmonies from Karita Law and Shanay Johnson, a duo known for their work with Brittany Howard and Emily King. Have A Seat arrives everywhere Friday, August 20 via Starstruck Records.

“What am I fighting for?” asks Rose. “Compassion, empathy, and even excellence within me, my music, and the people and the world around me, but don’t get me wrong—my zeal is not always consistent, and the question itself poses varying challenges from one day to the next. Some days I struggle to simply feel worthy and everything feels heavy and dark. Other days I’m totally fired up and I demand that my worthiness be recognized. Some days I have no will to fight, other days I’m frustrated at the lack of fight I observe around me. However, just asking the question of ourselves everyday is a fight in itself, and the question is one only we alone can ask and answer.”

The album is Rose’s third full-length and was produced by Ben Tanner of Alabama Shakes at the iconic FAME Studios in Muscle Shoals, AL. In a series of pre-pandemic sessions, Rose recorded live with a lineup of heavy-hitters that includes bassist David Hood of the Swampers (the group of session musicians who played on records from legends like Aretha Franklin and Etta James) and guitarist Will McFarlane (Bonnie Raitt, Levon Helm), along with her longtime bandmates/collaborators Larry Florman (background vocals/percussion), Alex Haddad (guitars), and Sarah Tomek (drums) of Them Vibes, as well as guests such as Marcus King, among others.

Rose has also announced two upcoming live music events in April. The first is presented by Live For Live Music from Cervantes in Denver, Colorado on April 16. The special live performance event will include an early show at 6:45 pm MDT, a late show at 9:45 pm MDT and will be available to live stream via Mandolin. A portion of ticket proceeds benefiting Sweet Relief. Tickets can be purchased HERE .

On April 28, Rose will host her podcast Salute The Songbirds as a live concert event at City Winery in Nashville, TN. The event, presented by Osiris Media, will feature performances from Elizabeth Cook, Jillette Johnson, Kalie Shorr, Nicole Atkins and Nicki Bluhm. Fans can also tune in to live stream the show via Mandolin A portion of proceeds from the event will benefit Women in Music and can be purchased HERE .

Music editor for Nashville.com. Jerry Holthouse is a content writer, songwriter and a graphic designer. He owns and runs Holthouse Creative, a full service creative agency. He is an avid outdoorsman and a lover of everything music. You can contact him at JerryHolthouse@Nashville.com
Previous WATCH: Chris Young And Kane Brown In “Famous Friends”
Next Parker Millsap Drops Another Song “Dammit”