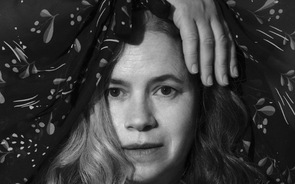 In celebration of the release, Merchant will embark upon a US tour this spring, going into the fall (schedule below); European dates will be announced shortly.
Merchant writes in her album’s liner notes, “The songs contained within this album were written and recorded during the global pandemic that began in the winter of 2019 and is in its fifth wave as I write, in the autumn of 2022. It has been, and continues to be, a period of great flux and fear on every level: global, national, communal, familial, personal. But this is not an album about the coronavirus or the chaos it caused. For the most part, this is an album about the human heart.” She continues, “The word ‘courage’ has its root in the Latin word for heart, cor, and we see it over and over in many languages: le coeur, il cuore, o coração, el corazón. This is a song cycle that maps the journey of a courageous heart.”

Music editor for Nashville.com. Jerry Holthouse is a content writer, songwriter and a graphic designer. He owns and runs Holthouse Creative, a full service creative agency. He is an avid outdoorsman and a lover of everything music. You can contact him at JerryHolthouse@Nashville.com
Previous LISTEN: Jelly Roll’s “She”
Next Morgan Wallen Announces “One Night At A Time World Tour”