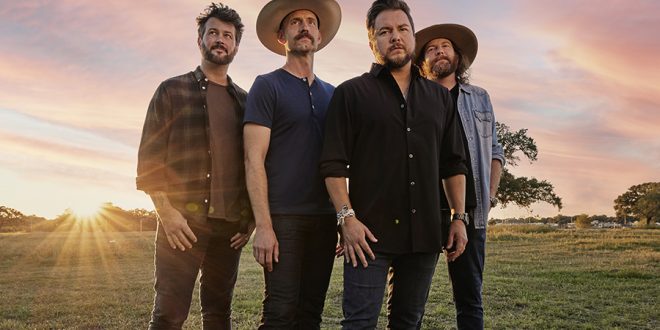 Mike Eli shows off his songwriting chops serving as a cowriter on seven of the nine songs.

“I found such a creative haven in songwriting over the past couple years of uncertainty, so we had more songs to pick from for this album than ever before,” reflects Eli. “When it came time for us to really listen through and narrow it down, we all collectively realized that the songs raising their hands the most were the positive, optimistic ones. That big, uplifting energy is what we needed as a band in that moment – and we understood that our fans were probably needing it, too, so that’s the vibe we hope this album portrays to the world.” 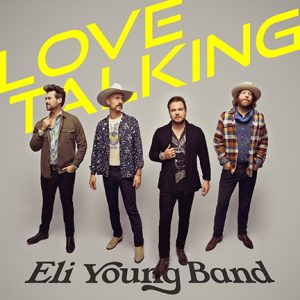 The album continues with two songs that gave fans a sneak peek at the new music in recent months. “Lucky For Me” (Mike Eli, Jimmy Robbins, Laura Veltz) showcases EYB’s sound Rolling Stone praises as “backed by force-of-nature passion” over a driving pulse of rapid-fire adoration for an incomparable woman while “Break Up In A Bar” (Ashley Gorley, Ben Johnson, Hunter Phelps) offers a three-and-a-half-minute positive twist on ending a relationship via one of the album’s only outside cuts.

Platinum-certified No. 1 single “Love Ain’t” (Ross Copperman, Ashley Gorley, Shane McAnally) serves as the other outside cut. The sixth most-played song of 2020 on the Mediabase chart was also recently performed by the band during the National Memorial Day Parade in Washington, D.C., airing nationally to over 100 million households on ABC, CBS, NBC, FOX and CW stations throughout the month of June and broadcasting to U.S. troops on the American Forces Network.

The latter half of the album brings what the band cites as a sonic departure on “Chances Are” (Mike Eli, Eric Arjes, Jordan Minton) as “Live With It” (Mike Eli, Josh Osborne, Daniel Ross) offers a fresh way to describe a universal moment in new relationships. Eli calls “Tell Me It Is” (Mike Eli, Jon Nite, Jimmy Robbins” his most personal on the record, written during the height of the pandemic as he found himself turning to his wife for assurance that all would be okay. Meanwhile, “A Good Thing” (Mike Eli, Eric Arjes, Jeffrey East), meanwhile, has a positive energy reflecting its status as one of the last songs he wrote before things truly shut down in early 2020.

Rounding out the project is an acoustic version of the current single, “Love Talking,” offering a stripped-back take on the song celebrated by American Songwriter as “silky-smooth” to bring the project full circle.

Music editor for Nashville.com. Jerry Holthouse is a content writer, songwriter and a graphic designer. He owns and runs Holthouse Creative, a full service creative agency. He is an avid outdoorsman and a lover of everything music. You can contact him at JerryHolthouse@Nashville.com
Previous 2023 GRAMMY Awards Add New Categories
Next Chris Young Hits 5 Billion Streams