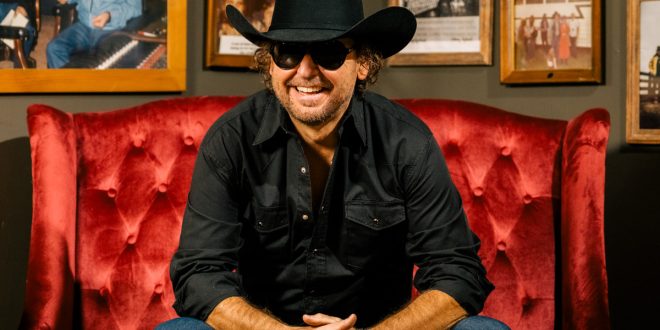 Tommy Townsend’s last recording session with producers Waylon Jennings and Jerry “Jigger” Bridges was over 25 years ago, and last week his Southern Man album was released in its entirety. Written by some of the best songwriters of the era, the 10 timeless traditional country cuts will be available at all DSPs and online retailers on BFD/Audium Nashville. Stream, download or purchase the album HERE.

“I can’t believe this day is finally here after all these years,” said Townsend. “There are so many people to thank, starting with Waylon and Jigger, Jessi, Shooter, my wife and daughters and especially Chuck Rhodes at BFD Audium for believing people still want to hear traditional country music. Dreams still do come true!”

“If You Can’t Stand The Heat,” the third single from the album, will also be released tomorrow, Friday, April 29. Written by Nashville Songwriters Hall of Fame inductee Roger Murrah and John Schweers, the song remains one of Tommy’s favorites.

“I vividly remember when Waylon and Jerry played this song for me and immediately falling in love with it,” he said. “It took me several takes to get the original vocal, and I had to come back in a time or two to change the phrasing on a couple of lines. Then in comes Waylon, in true Waylon fashion – with a cigarette in hand – and nails the background vocals. He is really prominent in the very last line of the chorus, ‘leave ole flames alone’.”

Recorded over several years, Jennings and Bridges gathered songs from Nashville’s top writers like Dean Dillon, J. Fred Knobloch, Don Schlitz, Troy Seals, and Waylon himself. Many of the top-drawer songs were originally pitched to Waylon, who felt they would be a better fit for Townsend.

Waylon’s signature guitar sound and distinctive voice can be heard on many of the tracks, and the studio was often filled with star power as well. Marty Stuart played mandolin, Jeff Hale and Rick Lonow played drums, and Bridges played bass on all of the tracks. Fred Newell and Ralph Mooney play steel guitar, and Newell also contributed dobro, harmonica and guitar to several tracks. Long time Waylors Barny and Carter Robertson can be heard on keys and background vocals, respectively.

Southern Man kicks off with an enthusiastic introduction from Waylon, whom Tommy met at age 13 after a show outside Atlanta. The title cut first single hit in February, and fans took notice. He went from 109 to over 44,000 Spotify Monthly Listeners in a few short weeks, and the song garnered over 100,000 overall streams in the same period. The raucous follow up single, the Waylon/Troy Seals-penned “Trouble With A Capital T” was released in late March to similar fanfare.

“When I heard the Southern Man project, I literally flipped out!” said BFD/Audium Nashville GM Chuck Rhodes. “Tommy’s vocal performance with Waylon’s backing vocals on Waylon co-produced tracks? What more can anyone want!”

Townsend will be a guest on the long-running WDVX Blue Plate Special show next Wednesday, May 4 and will host a free album release party at the Grandaddy Mimm’s Distilling Co. in his home town of Blairsville, Georgia on Saturday, May 7. He will reunite with Waymore’s Outlaws to perform songs from Southern Man and some of his favorite Waylon tunes.

Music editor for Nashville.com. Jerry Holthouse is a content writer, songwriter and a graphic designer. He owns and runs Holthouse Creative, a full service creative agency. He is an avid outdoorsman and a lover of everything music. You can contact him at JerryHolthouse@Nashville.com
Previous Naomi Judd Dies at Age 76
Next LISTEN: Drive-By Truckers’, “Every Single Storied Flameout”