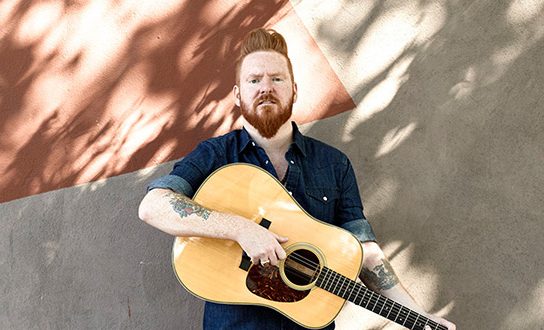 Rising Americana singer Danny Burns is back with a brand new single, “Many Moons Ago.” Serving as the first taste from the Irish-born hitmaker’s upcoming sophomore project slated for release in early 2021, the track features Grammy-winning singer Sarah Jarosz on vocals as well as octave mandolin. Download the ballad HERE.

“‘Many Moons Ago’ took years to get the recording stages just right,” says Burns. “I couldn’t have been happier to work with the brilliant and talented Sarah Jarosz on this track. I was delighted and grateful to have her lend her veracity.”

“Many Moons Ago” picks up right where Burns’ critically-acclaimed debut North Country left off. With its edgy production and haunting melodies, the single is a perfect fit for fall, as the seasons begin to change. The singer took his musical talents to new highs, serving as the writer for the song, along with producing the recording at Galt Line Studio in Nashville, Tenn. To celebrate the release, Burns is also revealing a special visualizer video that you can watch above.

Burns burst onto the national scene with the release of his early 2019 debut album North Country. Two decades before releasing the project, Burns kicked off his career as a traveling Folk singer, logging shows on both sides of the Atlantic.

Music editor for Nashville.com. Jerry Holthouse is a content writer, songwriter and a graphic designer. He owns and runs Holthouse Creative, a full service creative agency. He is an avid outdoorsman and a lover of everything music. You can contact him at JerryHolthouse@Nashville.com
Previous 2020 ACM Awards Winners
Next Wild Feathers To Release “Medium Rarities” Nov. 20th