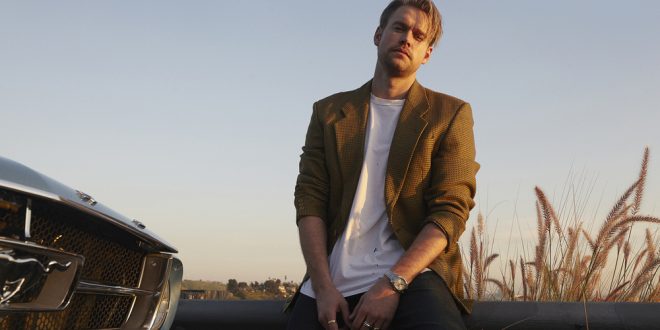 Singer-songwriter Chord Overstreet, son of Songwriters Hall of Famer Paul Overstreet, is giving it all up in his latest release, “What You Need.” Drowning in an exhausting relationship, Overstreet’s emotional vocal is carried by an atmospheric melody driven by acoustic guitar and verby keys. “I would take the mess you leave / If I could give you what you need / I’d gladly give you what you need,” cries Overstreet.

Penned by Overstreet, Maggie Rose, and The Gifted (James Bairian and Louis Castle) – who also produced, Overstreet explains, “I wrote ‘What You Need’ about a toxic and self-destructive relationship – that vulnerable position you’re in when you still love someone unconditionally and you would do anything for them, even though you know it’s over.” He further adds, “It really is a love song at its core. That feeling of loving someone so much that you’d even sacrifice your own needs and happiness for theirs.”

Establishing himself as a singer-songwriter in 2017 with his debut single, “Hold On,” the fan-favorite recently earned Overstreet his first career RIAA PLATINUM certification. Watch RIAA’s Vice President, Artist and Industry Relations, Jackie Jones, toast the special achievement with Overstreet here. Continuing to impact listeners, the ballad has racked up 175 MILLION+ streams on Spotify; 44 MILLION+ streams on Apple Music; and 203 MILLION+ lyric video views on YouTube, as well as being featured in the series finale of The CW’s The Vampire Diarie

Fans can tune in tomorrow (5/9), as Overstreet will go live at 3 p.m. CT on his YouTube channel for a special performance sponsored by Mercury Insurance Concert Series. Watch here.

Music editor for Nashville.com. Jerry Holthouse is a content writer, songwriter and a graphic designer. He owns and runs Holthouse Creative, a full service creative agency. He is an avid outdoorsman and a lover of everything music. You can contact him at JerryHolthouse@Nashville.com
Previous International Songwriting Competition Announces 2019 winners
Next WATCH: Cage The Elephant Debuts “Black Madonna” Video