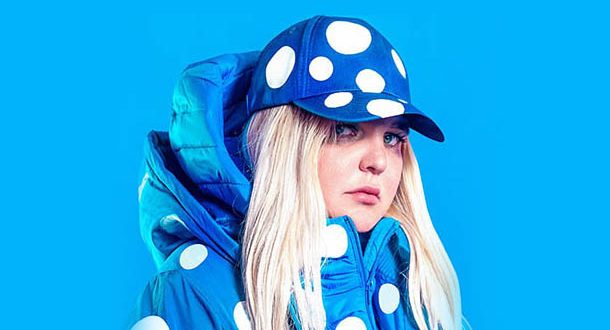 Grand Prize winner Tones And I.

The International Songwriting Competition (ISC) announced its 2019 winners. ISC is the world’s largest international songwriting competition, receiving over 18,000 entries from 140 countries in 2019. More than $150,000 in cash and merchandise is awarded to 71 winners in 23 categories covering all genres of music.

Previous winners have included Bastille, The Band Perry, For King and Country and many more.

For a complete list of 2019 winners and to hear the winning songs, go to: https://www.songwritingcompetition.com/winners.

This year’s grand prize winner is Australian artist and songwriter Tones And I for the song “Dance Monkey.” The Grand Prize consists of $25,000 in cash (USD) and almost $45,000 in additional prizes.

“This song has taken the world by storm, and it is undeniable that it has propelled Tones And I to massive superstardom,” said Candace Avery, Founder and Director of ISC. “Prior to ‘Dance Monkey,’ Tones And I was an indie artist struggling to get her voice heard. This is such a great example of how just the right song can change an artist’s life and should inspire up-and-coming songwriters to keep on following their dream.”

Australian singer and songwriter Toni Watson (known as Tones And I) grew up in Mornington Peninsula but moved to Byron Bay in 2017 to busk on the streets, where she lived out of her van for the year. In 2019, she made history when she became the first artist to spend 24 weeks at #1 on the ARIA singles charts with her global smash “Dance Monkey,” which she says took her only a little more than 30 minutes to write. Since its release in May 2019, the hit single has reached #1 in 30 countries; amassed more than seven billion streams; became the highest streamed song ever by a female artist on Spotify and the most Shazamed song of all time; and is now the longest ever running #1 song on the Spotify global charts. She made her US television debut in November 2019 on The Tonight Show with Jimmy Fallon (her performance has generated over 80 million views on YouTube to date). The accolades, awards, and universal love of this song have vaulted Tones And I to the global stage. This is quite a remarkable achievement for someone who was busking and living out of a van at the end of 2018, and this young Aussie artist will no doubt continue to make history.

“My life has been a rollercoaster since releasing this song, and to get this recognition is an honor,” said Tones And I. ”I wrote this song on my own and for my friends, and I never imagined it would have become as big as it has. Thank you so much, I’m very proud to have written this song.”

In addition to the Grand Prize winner, many other deserving songwriters also share in the prestige and kudos of winning their respective categories in ISC. These winners hail from all over the world (63% of this year’s winners come from outside the USA) and represent diverse cultures while ranging from talented amateurs to seasoned songwriting veterans. The 23 categories include all genres of contemporary music, from Pop/Top 40 to Jazz to Country to Hip-Hop, and more.

Entries are now open for the 2020 competition. For more information and to enter, click here.

Music editor for Nashville.com. Jerry Holthouse is a content writer, songwriter and a graphic designer. He owns and runs Holthouse Creative, a full service creative agency. He is an avid outdoorsman and a lover of everything music. You can contact him at JerryHolthouse@Nashville.com
Previous Dwight Yoakam Weds Long-Time Love
Next LISTEN: Chord Overstreet Releases “What You Need”