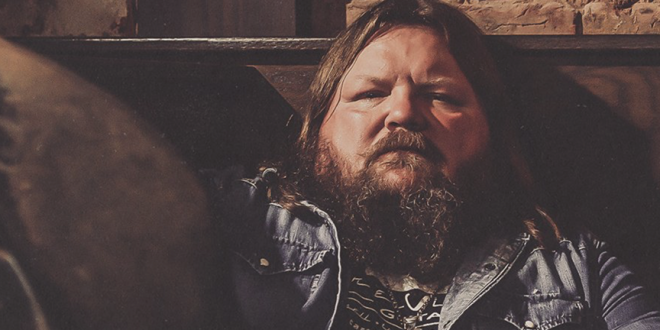 Singer, songwriter and musician Channing Wilson’s new song, “Sunday Morning Blues,” is out now. (Listen above) Reflecting on the track, Wilson shares, “Being a real country music fan, you have to love the sad, depressing, heartache songs too. They are important to the whole spectrum of the story. Depression and anxiety have been the roots of great songs long before we knew they were. In the past they just called it the blues. This song takes place in the character’s mind during the 2 hours of church service they are missing for reasons only known to them. Guilt is a funny thing that never makes you smile.”

Produced by GRAMMY Award-winning producer Dave Cobb, “Sunday Morning Blues” is Wilson’s third official release as an artist, following “Drink That Strong” and “Blues Comin’ On,” which debuted this past fall. With the music, Wilson is embarking on a new chapter of his career, after establishing himself as an honest and respected songwriter for the past two decades.

Born and raised in Lafayette, GA, Wilson began making trips to Nashville in 2009 where he earned his first publishing deal. Since then, he’s signed with Warner Chappell/Low Country Sound and written songs such as Luke Combs’ #1 hit, “She Got the Best of Me,” as well as numerous tracks for The Oak Ridge Boys, Travis Tritt, Robert Randolph & The Family, Dirty Heads, Jerry Jeff Walker and more. He’s also shared bills with several of his heroes such as Steve Earle, Billy Joe Shaver and Robert Earl Keen.

In celebration of the new music, Wilson will make his Grand Ole Opry debut on February 25 and will continue to tour through this year with shows at Columbus’ King of Clubs, Lexington’s Manchester Music Hall, Louisville’s Mercury Ballroom, Seattle’s Tractor Tavern and Portland’s Ponderosa Lounge & Grill among many others. See below for complete itinerary.

Look for Channing Wilson on February 25th at the Grand Ole Opry here in Nashville.

Music editor for Nashville.com. Jerry Holthouse is a content writer, songwriter and a graphic designer. He owns and runs Holthouse Creative, a full service creative agency. He is an avid outdoorsman and a lover of everything music. You can contact him at JerryHolthouse@Nashville.com
Previous Jimmie Allen Rings In New Year With 4th Number One
Next Bonnaroo 2023 To Announce Lineup Next Week