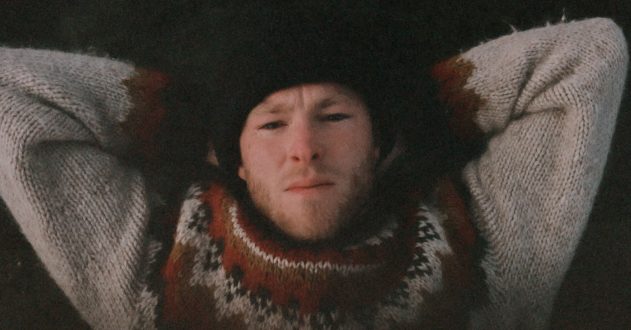 Brian Macdonald, of the multi-Platinum band Judah & the Lion, has announced a new solo project under the moniker Victor Mucho. Due out May 13, 2022, his debut album, Moonlight in Visby, was written and recorded while living on the remote island of Gotland, Sweden in the Baltic Sea. It pays homage to the tiny, rural town Macdonald, his wife Maddie, and their dog Halyard called home during a year of seclusion and reflection.

Today, Macdonald is sharing the first song he wrote as Victor Mucho, “Many Moons,” (listen above.) Of the track, he offers, “‘Many Moons’ is a song I’ve held onto for 3 years. It is the heartbeat of the album. In my point of view, the moon is a symbol of love. When you look up at a crescent moon, only a sliver is visible, but in reality, the entire thing is still floating there. That’s kind of how I view love: even though the light ebbs and flows, and it can be hard to see the whole thing, the love remains constant and always becomes full again.”

Moonlight in Visby was not initially intended to be an album, but simply songwriting as a means for Victor Mucho to process his changing identity at the time and the feeling of isolation in an unfamiliar, closed-in world. He brought his mandolin to Sweden, and upon arrival, bought an old guitar from a woman on the island. The guitar turned out to be his songwriting vessel, his mandolin added natural texture to the recordings, and the eerie vastness of the island was his muse. The songs came to life in a dark, seaside adjacent bedroom, at times lit by the moon, other times by only a candle. Its window faced 221º SW, straight towards his home in Nashville.

In Visby, Victor Mucho found himself in a secluded bubble surrounded every day by artifacts spanning eons. He walked streets bordered by centuries-old medieval defense walls and Viking ruins. He uncovered the ancient lives of fossils among the smooth stone beaches. He learned to surf the unforgiving, cold, and stormy Baltic waves. He camped on the neighboring sheep island of Fårö, once home to the legendary filmmaker Ingmar Bergman, whose bleak outlook of the world seems founded by the rigid lithic landscape of the island. Through each moment, a new piece of Moonlight in Visby was forged, becoming an accidental soundtrack to stillness and isolation.

Once the bedroom recordings were finished, Victor Mucho met Swedish Grammy-nominated producer Tobias Fröberg, who lives and works out of Sandkvie Studio, directly in the center of the Visby Harbor. He also leaned heavily on Axel Fagerberg, his long-time friend and expert percussionist from Stockholm. Fagerberg’s fingerprints are evident across the album, adding a wide range of textures from glockenspiel to fretless bass, background vocals, and much more.

Look for Macdonald at Bonnaroo!

Music editor for Nashville.com. Jerry Holthouse is a content writer, songwriter and a graphic designer. He owns and runs Holthouse Creative, a full service creative agency. He is an avid outdoorsman and a lover of everything music. You can contact him at JerryHolthouse@Nashville.com
Previous Darryl Worley To Headline “Performers for Paws”
Next Lisa Morales Teams Up With Rodney Crowell For “Flyin’ And Cryin’ “