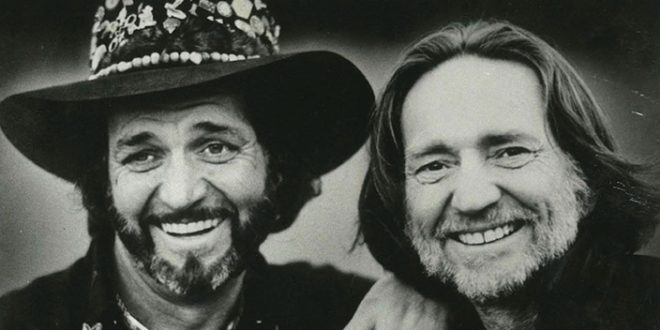 Willie Nelson wrote Me and Paul: Untold Tales of a Fabled Friendship with Grammy-winning music journalist/biographer/author David Ritz, who collaborated with Willie on It’s a Long Story: My Life and Me(2015) and Willie and Bobbie Nelson on Sister Bobbie: True Tales of the Family Band (2020). In his preface, “A Note from a Ghost,” Ritz explains how the new book differs from Willie’s previous memoirs: “Me and Paul is not straight autobiography. This is something different, a collection of tales–some short, some tall–told by Willie Nelson and his best friend, Paul English….”

Nelson first immortalized Paul English with the hilariously-detailed road song “Me & Paul.” Penned for the drummer in the early 1970s, the song became the title track for Willie’s 1985 studio album and a fan favorite in his live sets. “I’ve got this song that begs to be a book and a book that begs to read like a song–a long, romping ballad of sweetness and scandal bridging seven decades of friendship,” Willie has said, and now, Me and Paul: Untold Tales of a Fabled Friendship fulfills the promise of that song.

For 70 years, Paul English was a towering figure in Willie’s life and career. From serving as the steady musical heartbeat in the band to acting as the gun-toting bodyguard and tour accountant who made sure the band got paid for every show, Paul always had Willie’s back. From their earliest meeting, Willie and Paul had an intuitive understanding of each other and the kind of music Willie Nelson was meant to create.

“In 2020, my closest friend left me. Into the infinite abyss,” Willie writes in his introduction. “The mission of this book is to bring him back…. Why were Paul and I so devoted to each other? Good question. That’s another reason I wrote this book—to show the mystical connection between me and Paul…. It was like I knew him before we ever met. And now that he’s gone, he’s still here. He still knows me. He still lives in my heart and in the hearts of everyone whose lives he touched. Another thing about Paul: I owe him big time. The man saved my life more times than I can remember…. It’s been said that a good friend knows all your best stories, but a best friend has lived them with you. Well, that was us…. In the Willie Nelson Family, he stood in the center. I was the front man of the band, but he was the front man of my life. He was the papa bear, the big brother, the wise uncle, the money man, the bag man, the dealmaker, the sharpest shooter, and the kindest heart.”

Music editor for Nashville.com. Jerry Holthouse is a content writer, songwriter and a graphic designer. He owns and runs Holthouse Creative, a full service creative agency. He is an avid outdoorsman and a lover of everything music. You can contact him at JerryHolthouse@Nashville.com
Previous Shy Carter Makes His Grand Ole Opry Debut
Next Brett Young Hits 8X Platinum