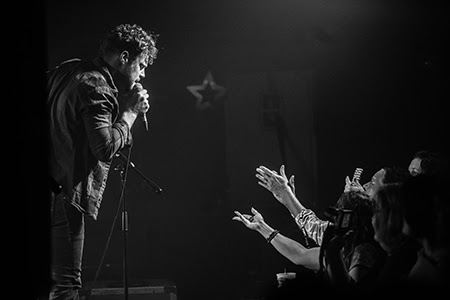 Lewis Brice lit the fuse in July of 2017 with the release of his self-titled EP which debuted in the Top 15 on the iTunes Country charts, and was prominently featured across digital platforms as a fan favorite. Brice was named as one of ‘10 New Country Artists You Need to Know’ by Rolling Stone Country and has seen major streaming success with over 2.2 million streams and placement on various playlists across digital platforms. Since the EP’s release, Lewis has been burning up the road with Hank Williams Jr, LOCASH, Tyler Farr, The Cadillac Three, Lee Brice, Jerrod Niemann, Gary Allan and more in support of the project. Closing the 2017 year, Brice was honored to be asked to perform for the “Team USA Oylmpic Winterfest” in Nashville.

Tastemakers across the board have high praises and acclaim for the breakout artist:

“Lewis Brice is a high-octane mix of country and southern rock. Lewis holds little back vocally, throwing every ounce of energy into each verse and chorus.” – Billy Dukes, Taste of Country

“Sounds like a well-read choir boy who grew up to love rock & roll, American beer and breaking the rules every now and then…” – Jon Gugala, Rolling Stone

About Lewis Brice
With a sound rooted at the intersection of country, rhythm & blues and southern rock, Lewis Brice comes at you with high-energy stories, sounds that catch the ear and beats that make you want to move. Born and raised in Sumter, South Carolina, he grew up singing in church choir and praise bands. Throughout his career he has spread his music in front of attentive audiences and continuously grown a strong fan base while playing shows with many talented artists he admires such as Lee Brice, Randy Houser, Jerrod Niemann, The Cadillac Three, Dierks Bentley and many more.

Lewis made headlines with 2010’s “Ordinary Girl,” co-written with Dallas Rogers, which made a small window on the Mediabase charts and reached #67 on the iTunes Country Music chart. He appeared in CMT’s first season of “Can You Duet,” coming in 8th place out of the thousands who auditioned. Additionally, Lewis took on the lead role in the 2014 ACM Song of the Year music video for “I Drive Your Truck,” performed by his brother Lee Brice.

Previous Celebrate the New Year at The Curious Kitchen in Murfreesboro, TN
Next Becca Mancari Announces Tour Dates with Nikki Lane, The Lone Bellow, The Weeks and Bermuda Triangle