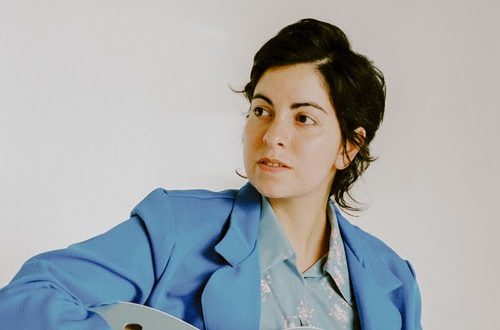 Debut Album Good Woman Included in Year-End Coverage by The Bluegrass Situation,
Rolling Stone Country, NPR Music, and UPROXX
After a banner 2017 that marked the release of her critically-acclaimed debut album Good Woman, Nashville’s Becca Mancari is announcing 2018 tour dates with Nikki Lane, The Lone Bellow, and The Weeks. Mancari will also hit the road with Bermuda Triangle, her band with Alabama Shakes’ Brittany Howard and songwriter Jesse Lafser. Find a full list of tour dates below.
Good Woman is now available for purchase and streaming via all major retailers.
“With the release of Good Woman at the end of 2017, I’m so looking forward to sharing this record with you in 2018,” said Mancari. “I’ll be hitting the road with my band, and we’re touring across the country to bring this music to many of you for the first time. I’m so excited that this year is going to be filled with new music, shows, and most importantly, beautiful evenings with you! I can’t wait to meet you out on the road!”
The song “Golden” was included on NPR Music’s All Songs Considered: The Year In Music 2017 podcast by Ann Powers who said, “Becca’s album, Good Woman, expresses her reality as a queer woman, as a daughter of a Puerto Rican mother, as someone whose trying to remake Americana music to have a bigger sound. But also, it takes us into a new sonic space for Americana music, and this is what I truly love about it.”
Rolling Stone Country included the album on their list of 40 Best Country and Americana Albums of 2017 list and said, “It’s heavy on the hazy folk-rock atmospherics of Mazzy Star or Beck’s Sea Change, but occasionally allows the sunlight to stream in, as with the breezy strums and pedal steel on “Summertime Mama.”
UPROXX placed the album at #14 on their Best Country Albums of 2017 list and called it, “…an enjoyably slippery album, bounding at one moment and musing the next, and everything is buffed to gleam from all angles.”
The Bluegrass Situation included the album in their BGS Class of 2017: Albums list and said, “Just as Good Woman expands and contracts across terrains, Mancari crosses sonic bounds with her dream-like reflections, making her one of the most significant songwriters to come out of Nashville this year.”
Watch the Good Woman video trilogy below.
“Golden” via Rolling Stone Country
“Arizona Fire” via The Fader
https://www.youtube.com/watch?v=LL18etweNXw
“Good Woman” via Uproxx
https://www.youtube.com/watch?v=0ryHPh6xVa4
Tour Dates:
1/12-14: South Walton, FL – 30A Songwriters Festival
1/19: Maryville, TN – The Shed*
2/3: West Hollywood, CA – The Troubadour !
2/5: San Diego, CA – Music Box !
2/6: San Francisco, CA – The Independent !
2/8: Seattle, WA – The Crocodile !
2/9: Portland, OR – Aladdin Theater !
2/10: Eugene, OR – WOW Hall !
2/15: Chattanooga, TN: Revelry Room #
2/16: Greer, SC – The Spinning Jenny #
2/17: Opelika, AL – John Emerald Distilling Co. #
4/4: Houston, TX – The Heights Theater !
4/5: Austin, TX – Antone’s !
4/6: Dallas, TX – The Kessler Theater !
5/2: New York – The Bowery Ballroom ^
5/3: Allston, MA – Great Scott ^
5/4: Philadelphia, PA – Underground Arts ^
5/5: Washington, DC – Rock & Roll Hotel ^
5/6: Pittsburgh, PA – Club Cafe ^
5/9: Columbus, OH – Rumba Cafe ^
5/10: Detroit, MI – El Club ^
5/11: Indianapolis, IN – The Hi-Fi ^
5/12: Chicago, IL – Lincoln Hall ^
* = with Nikki Lane
^ = with The Weeks
# = with The Lone Bellow

Previous Lewis Brice Primed For A Scorching New Year After His Explosive Debut
Next Join Us For The Grand Opening: The Chef & I on Ninth in Nashville