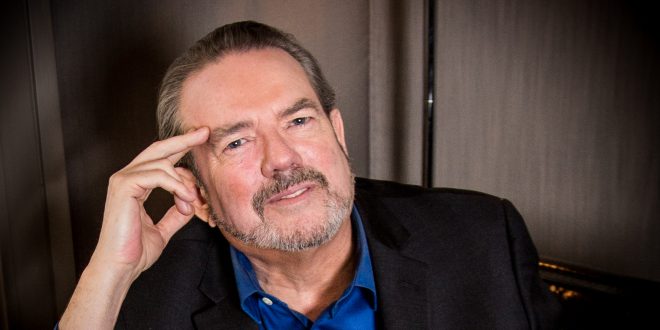 Photo by RockStars and Babies

Legendary and lauded songwriter, singer, pianist, arranger and producer Jimmy Webb has a magnificent catalog of his own songs to draw from whenever he performs. Ranked on Rolling Stone’s 100 Greatest Songwriters of All Time (“recognized today for his unique explorations themes of loneliness and individuality in the American landscape”), his catalog boasts contemporary classics that are indelible compositions such as “By the Time I Get to Phoenix,” “MacArthur Park,” “Wichita Lineman.” “Up, Up and Away,” “Still Within the Sound of My Voice,” “Galveston,” “Highwayman,” “The Worst That Could Happen,” “Didn’t We” and more.

Recent years have found Webb as busy and creative as ever while his musical contributions continue to impact current cultural influencers. Bruce Springsteen cites him and Glen Campbell – the artist most associated with Webb’s songs – as primary influences on his Western Stars album released last year. The album was a chart success around the world (debuting at #2 on Billboard’s Top 200).

Robert Goulet’s version of “MacArthur Park” is prominently featured in Quentin Tarantino’s Best Picture Oscar-nominated “Once Upon a Time In Hollywood.” The film’s adaptation of the Manson Family murders and Sharon Tate, ties directly with Webb as he was living in Los Angeles during that time. Stories of his friendship with Tate and Jay Sebring, and the tragic killings are also heavily featured in Webb’s memoir The Cake and the Rain (titled in reference to lyrics in “MacArthur Park”). The song has also been recorded by Richard Harris, his single reached No. 2 on Billboard’s Hot 100 and No. 1 in Australia and Canada, as well as Waylon Jennings, who went on to win a GRAMMY for his performance, and Donna Summer, whose disco version was released on her album Once Upon a Time and held the No. 1 spot on Billboard’s Hot 100 hit for three weeks.

And in 2019, new country supergroup The Highwomen (Brandi Carlile, Maren Morris, Amanda Shires, Natalie Hemby) issued their version of Webb’s “Highwayman,” which they lyrically reworked. The GRAMMY-winning Best Country Song was a No. 1 hit for The Highwaymen (Jennings, Johnny Cash, Willie Nelson, Kris Kristofferson) who took their group name from Webb’s song and in turn inspired The Highwomen to name themselves and redo the song in homage.

Webb’s original version of “Highwayman” was released on his 1977 album El Mirage. Campbell’s version, which was released on his 1979 album of the same title, was brought into the studio by then emerging country music artist and frequent member of Cash’s backing band Marty Stuart while The Highwaymen (who at the time did not have a designated group name) were recording tracks for their debut album. Stuart recounts that Cash immediately claimed the last verse about the starship for himself upon hearing the track with Stuart and producer Chips Moman.

Webb performs 30 to 50 live shows a year in North America and abroad and continues to write new songs in a range of genres. Look for Webb on 9/25 here in Nashville at the City Winery – An Evening with Jimmy Webb.

5/8 Ann Arbor, MI The Ark – An Evening with Jimmy Webb

Music editor for Nashville.com. Jerry Holthouse is a content writer, songwriter and a graphic designer. He owns and runs Holthouse Creative, a full service creative agency. He is an avid outdoorsman and a lover of everything music. You can contact him at JerryHolthouse@Nashville.com
Previous LeAnn Rimes Releases Latest “Love Session”
Next Steve Ray Ladson Releases First Single From Upcoming Album