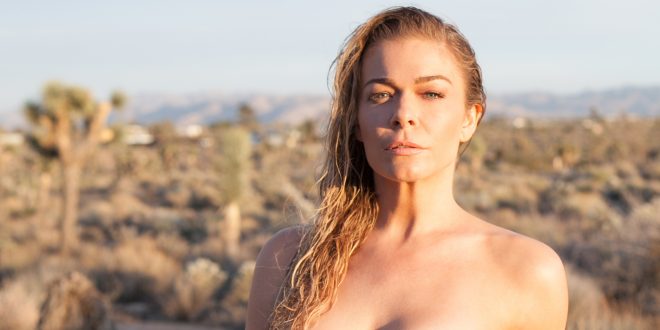 In honor of the month of love, LeAnn Rimes has been releasing LovE Sessions each Friday throughout February where she’s covering some of her favorite love songs that explore love in different ways. Today she released her version of Lewis Capaldi’s gut-wrenching “Someone You Loved.” Different from her previous covers that were filmed at her house in LA, LeAnn filmed this week’s in western getup at an old time photo studio in Gruene, TX where she was on tour as an ode to Lewis Capaldi’s sense of humor.

LeAnn explained: The course of “Someone You Loved” is epic! It’s such a beautiful song. Definitely one of my favorites that’s come out in the last few years. I adore Lewis Capaldi’s voice, but I adore his wacky sense of humor just as much. So, in honor of not only a great song, but the pure entertainment he brings to the world, we thought we’d take this video down a little cheeky path.

Greg Hagan from LeAnn’s band is playing guitar in the video, her husband Eddie was on camera duties and it was filmed at Smiling Eyes Photo Gallery in Gruene, TX where she was on tour this past weekend.

Every Friday throughout February, LeAnn will be covering some of her favorite love songs that explore the meaning of love in different ways. Past LovE Sesssion covers included Selena Gomez’s “Lose You to Love Me” and Billie Eilish’s “when the party’s over.”

Music editor for Nashville.com. Jerry Holthouse is a content writer, songwriter and a graphic designer. He owns and runs Holthouse Creative, a full service creative agency. He is an avid outdoorsman and a lover of everything music. You can contact him at JerryHolthouse@Nashville.com
Previous Gabby Barrett Hit 200 Million Streams
Next Legendary Songwriter Jimmy Webb Coming To City Winery