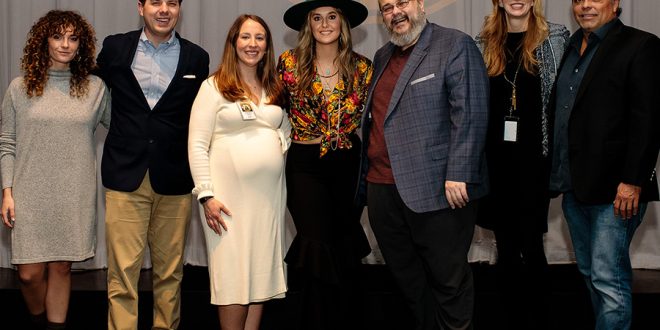 Yesterday, singer-songwriter Lainey Wilson took the stage at the Country Music Hall of Fame and Museum’s annual kickoff party for the museum’s Troubadour members. She performed her hits, including “Things a Man Oughta Know,” a song she co-wrote, which won the Academy of Country Music’s most recent Song of the Year award; she also received the ACM’s New Female Artist award at the televised ceremonies on March 7. Wilson is highlighted in the museum’s annual exhibition American Currents: State of the Music, which opened this month and explores notable music, artists’ achievements and music-related events from the past year.

Troubadour is a membership program of the museum that engages young professionals in supporting its mission. For Troubadour members, the museum hosts quarterly networking events, which range from concerts to exhibition previews. The goals of the Troubadour membership program are to engage young leaders, ages 21-45, in the museum’s mission, build life-long relationships between members and the nonprofit museum, and create a special networking space that unites music lovers.

Music editor for Nashville.com. Jerry Holthouse is a content writer, songwriter and a graphic designer. He owns and runs Holthouse Creative, a full service creative agency. He is an avid outdoorsman and a lover of everything music. You can contact him at JerryHolthouse@Nashville.com
Previous Lyle Lovett Coming Back To Nashville
Next Jesse Kramer Making An Appearance At The Live Oak