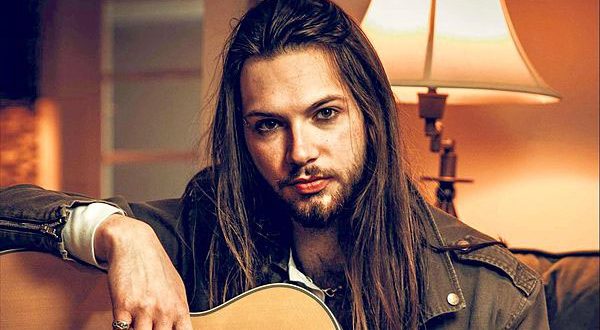 Jesse Kramer Making An Appearance At The Live Oak

If Jesse Kramer looks a bit familiar, that’s because he was a finalist on Fox’s The Four: Battle for Stardom, where he held his seat for five weeks (watch above). From there, he took off and was invited to open for Steven Adler (Guns N Roses), Slaughter and Skid Row, and others.

Kramer’s story is as authentic as it is unpredictable. It’s a story of struggle, adversity and rebirth. A story still in its preface as the young 25-year-old singer and songwriter from Indianapolis, who now resides in Nashville, seeks to kick-start the official rebirth of rock n’ roll for the modern world.

“Rock n’ roll is NOT dead! It thrives on lives with struggle, passion and soul,” Jesse emphatically claims.  “It takes guts, focus, and drive. I hope to become the modern world’s reminder that rock n’ roll still exists, and is an avenue which people can channel emotions and thoughts through music, just as I do.”

From a very early age in life, Jesse Kramer always knew that music and singing were his only genuine means of communicating his personal thoughts and feelings on life. His old soul from within began guiding his thoughts and decisions in high school at the age of 14. That’s when he first began writing and recording his own music after growing up listening to a wide range of artists like Neil Young, Led Zeppelin, Creedence Clearwater Revival, Lynyrd Skynyrd, Marilyn Manson, Chris Cornell and even Eminem. Jesse quickly developed his own distinctive and gritty sound by balancing elements of rock n’ roll, soul, and R&B music. Something he now simply refers to as “The Jesse Kramer Sound.”

Look for Kramer at the Live Oak here in Nashville Friday, March 18, 2022

Music editor for Nashville.com. Jerry Holthouse is a content writer, songwriter and a graphic designer. He owns and runs Holthouse Creative, a full service creative agency. He is an avid outdoorsman and a lover of everything music. You can contact him at JerryHolthouse@Nashville.com
Previous Lainey Wilson Performs At HOF’s Annual Kickoff For Troubadour Members
Next Ray Stevens’ CabaRay Showroom Set For 2022 Season