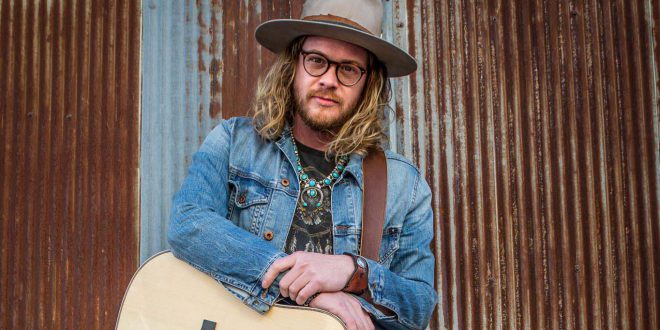 Kentucky-born singer-songwriter, Kyle Daniel will release his debut self-titled EP this Friday, March 30. The 5-song release, all co-written by Daniel, puts his life experiences in lyrical display and sheds light on personal situations that have shaped who he is.

Daniel can’t wait to share this new music; each song is extremely personal and close to his heart. He stated, “Sometimes emotions are so strong, they must be written about and vocalized to be felt. My main reason behind writing this record: to be honest. This is an inside look at my life over the past few years. From life to love, to the crippling sting of heartbreak, these songs are a part of my soul. I’ve not only written these songs, I’ve lived them.”

Self-produced by Daniel and recorded at Welcome to 1979 Studios in Nashville, TN, the EP has rich hints of Americana, Blues, Country, Soul, and Rock.

The EP’s debut focal track, “Hangover Town” was written by Daniel along with Josh Mitcham. Daniel adds, “‘Hangover Town,’ was inspired by the life I lead as a touring musician, finding it difficult to sustain a romantic relationship.”

Music has played a crucial role in Daniel’s life, serving as an outlet for him since his teen years. Early on in his music career, the Bowling Green, Kentucky native grew up listening to iconic southern rockers like Gregg Allman and credits him as a lifelong musical influence. Today, he adds Chris Stapleton, Jason Isbell, and Brent Cobb to his list of inspirations as well.

At the age of sixteen, the young Daniel won the Southern Kentucky Blues Society Blues Challenge.  A year later, he was a finalist at the International Blues Challenge in Memphis, TN.  Quickly making a name for himself in Music City, he earned the title of “Nashville’s Best Guitarist” at the 102.9 Buzz Rock Awards.

After years of being content writing songs and playing a support role for some of the top names in music, Kyle discovered a voice that had a story of its own.  Sharing the stage with artists such as Anderson East, Jimmy Hall, Wet Willie, Casey James, Clare Dunn and Jericho Woods, Daniel created a lifetime of memories. However, the future is bright and the spotlight is focused on Kyle Daniel.

Music editor for Nashville.com. Jerry Holthouse is a content writer, songwriter and a graphic designer. He owns and runs Holthouse Creative, a full service creative agency. He is an avid outdoorsman and a lover of everything music. You can contact him at JerryHolthouse@Nashville.com
Previous Rodney Atkins Finally Returns With New Single “Caught Up In The Country”
Next Thompson Square Releases First Album In Five Years