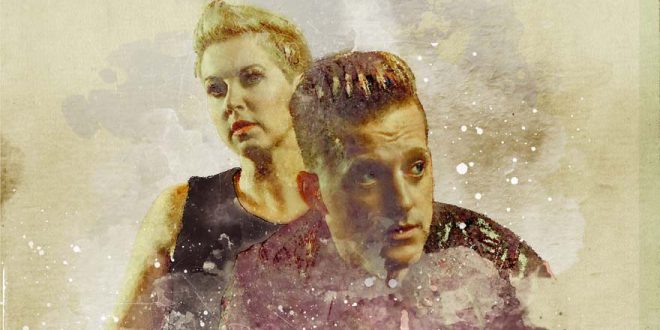 Working independently for the first time in their career, the award-winning pair continue to explore the organic vocal blend at the core of their husband-and-wife team, a quality which has made Keifer and Shawna Thompson one of the best loved male/female duos in recent Country-music memory.

Eleven new tracks follow in the romantic footsteps of #1 hits like the MULTI-PLATINUM “Are You Gonna Kiss Me Or Not” and GOLD-certified “If I Didn’t Have You,” while new influences from R&B, reggae and hard rock works its way into the album’s sound. The duo recorded with studio aces Nathan Chapman (Taylor Swift) and Dann Huff (Keith Urban), but also self-produced a handful of tracks as they step up to take control of their musical destiny.

“This album is called Masterpiece, and the definition of a masterpiece is an artist’s life’s work,” Keifer says. “When we’re 80 years old and we look back, we want to be able to say we’re really proud of all the stuff we did.”

“It is extremely diverse,” Shawna adds. “We didn’t design it that way, but Keifer and I love all types of music, and I think that shows more on this record than any of the others.”

Marking the beginning of the next chapter of Thompson Square’s story, five songs (“Masterpiece,” “A Love Like This,” “Millionaires,” “Up In Smoke” and “Let’s Do Something Stupid”) are available now for fans and the full length album is available for pre-order here. After breaking out in 2010 with the tempting come-on of “Are You Gonna Kiss Me Or Not,” the duo went on to place three more singles in Country radio’s Top 10, while both of their first two albums landed in Billboard’s Top 5.

Thompson Square have traveled the world with superstars like Jason Aldean and Lady Antebellum, and even scored a #1 hit in Australia with 2013’s “Everything I Shouldn’t Be Thinking About,” earning Grammy nominations and trophies from the Academy of Country Music and the Country Music Association along the way. Sharing their love for both wine and music, Thompson Square launched the fun Facebook series, #WinoWednesday, which gives fans a chance to connect with the duo plus hear new tunes, the hits and even some covers. Tune in at 7pm CT tonight (3/28), as Keifer and Shawna host #WinoWednesday live from their SOLD OUT concert at City Winery in Nashville.

They stepped away from the limelight to welcome the birth of their first child in 2016 – a son named Rigney Cooper – and are now back with the Masterpiece album and a summer of nationwide tour dates, which will include acoustic and full-band shows. More details will be revealed soon.

Music editor for Nashville.com. Jerry Holthouse is a content writer, songwriter and a graphic designer. He owns and runs Holthouse Creative, a full service creative agency. He is an avid outdoorsman and a lover of everything music. You can contact him at JerryHolthouse@Nashville.com
Previous Kyle Daniel To Release Debut EP
Next Additional ACM Performers & Presenters Have Been Announced