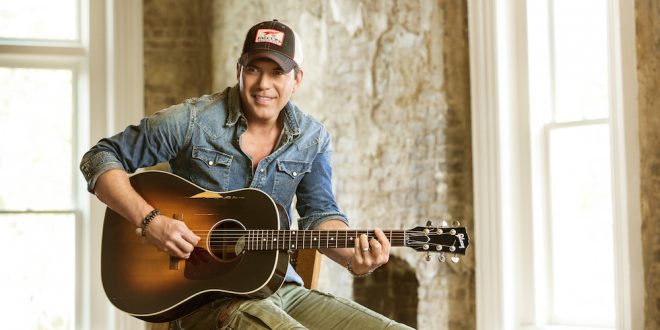 After a long wait Rodney Atkins is back with his new single “Caught Up In The Country” available on digital and streaming platforms now and impacting country radio on Monday, April 23.

The lead single and title track off his forthcoming fifth studio album features Atkins’ timeless twang while pushing boundaries through a thunderous beat and vocals from the Fisk Jubilee Singers. The historic a cappella vocal group consisting of students at Nashville’s Fisk University has performed everywhere from the White House to the United Kingdom, where Queen Victoria noted that such a talented group must come from the Music City of the United States – and thus Nashville’s nickname was born.

Atkins recently collaborated with the group at Music City’s iconic Ryman Auditorium and knew he had to include them on his album.

“Listening to the Fisk Jubilee Singers with their hand clapping and foot stomping music is really a spiritual experience,” says Atkins. “When I heard ‘Caught Up In The Country’ I just felt like the two things had to come together. It doesn’t sound like anything I’ve recorded or released before and that also excites me.”

Atkins’ new music follows a season of personal renewal for the platinum-selling artist, which he credits for helping him to take stock not just of where he had been but also where he is going. He married fellow performer Rose Falcon, with whom he welcomed new baby Ryder Falcon Atkins in December, and her impact – whether lyrically, in a duet or just in spirit – is evident throughout Atkins’ new music.

“I equated it to my bow and arrow moment,” Atkins says. “I felt like I needed to stop, take a few steps back. Re-aim. Re-adjust. Get back on target, and to the level I wanted to operate on.”

Atkins has continued to be recognized as a powerful voice on country radio throughout his hiatus, with his Platinum-selling No. 1 “Watching You” earning the top spot on Country Aircheck’s top-played songs of the decade list. Atkins was the second-most played artist of the decade overall and has amassed six No. 1 hits throughout his career. He has also sold over 13 million units and was recently awarded with a plaque celebrating his nine career Gold, Platinum and Multi-Platinum RIAA certifications to date.

Music editor for Nashville.com. Jerry Holthouse is a content writer, songwriter and a graphic designer. He owns and runs Holthouse Creative, a full service creative agency. He is an avid outdoorsman and a lover of everything music. You can contact him at JerryHolthouse@Nashville.com
Previous Uncle Dave Macon Days Festival Announces Featured Performers
Next Kyle Daniel To Release Debut EP