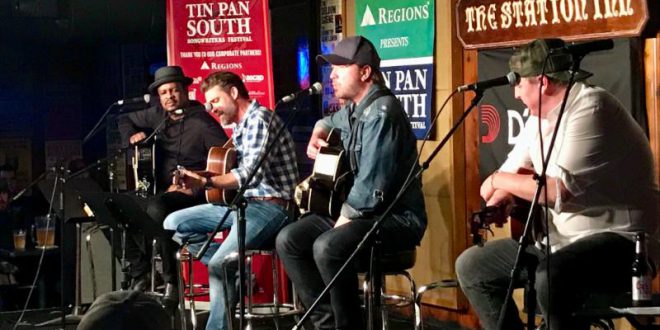 Proceeds from the round featuring Kris Allen, Leigh Nash, Emily West and Tony Lucca at the The Local – Sponsored by Tennessee Entertainment Commission were donated to Musicians Corner.

Produced by Nashville Songwriters Association International (NSAI), tonight is the final night for the 26th Annual Tin Pan South Songwriters Festival Presented by Regions Bank. Cash admission ranging from $10 to $25 for individual shows not already at the posted capacity will be an option at most venues.

There are no Tin Pan South shows at 3rd & Lindsley tonight.

The free Tin Pan South Festival App is currently available in the iOS and Android app stores or at TinPanSouth.com. For up-to-date lineups, tickets, venues, schedules and other festival information, download the Festival App or visit tinpansouth.com. Updates can also be found on the Tin Pan South Facebook page, Twitter and Instagram.