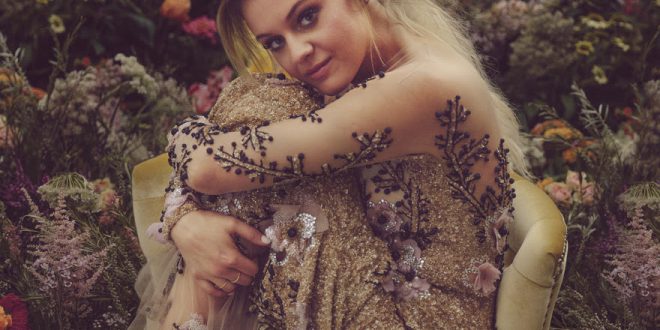 The wait is officially over as Black River Entertainment recording artist KELSEA BALLERINI’s much-anticipated sophomore album,UNAPOLOGETICALLY, is available everywhere today.
“’UNAPOLOGETICALLY’ means leading with your heart, trusting it, following it and not letting other people’s opinions sway it,” Ballerini reveals. “From heartbreak to finding the love of my life and embracing the ‘in between’ – this album is all in order, just like it happened. Loss, life, love… this is my story, unapologetically.”

Produced by Forest Glen Whitehead and Jason Massey – in addition to Shane McAnally, Lindsay Rimes, and Jimmy Robbins on select tracks –UNAPOLOGETICALLY spotlights 12 tunes written or co-written by Ballerini. Penned with “blood, sweat, and heartbeats,” the striking successor to her critically acclaimed, GOLD-certified THE FIRST TIME, exposes the intimate journey of loss, life, and love that the Country star has experienced since her history-making debut album.
Early reviews have critics applauding Ballerini’s fearless evolution as both an artist and songwriter alike:

“Her voice is winningly sweet, and also durably strong — it suggests a carefully withheld tenderness. And she is an elegant songwriter…”
– The New York Times

“… the most daring female artists in the genre these days are those that are singing songs of empowerment and self-reliance…And right now no one is doing that better than Kelsea Ballerini.”
–  Paste Magazine
“It’s stacked with strong tracks from start to finish, each showcasing the Tennessee native’s natural ear for radio-friendly, pop-country hooks and original, memorable lyrics.”
– Forbes

Fired-up following her heartwarming homecoming show at Knoxville’s Central High School (10/28) and the announcement of THE UNAPOLOGETICALLY TOUR launch this winter, Ballerini kick-started this momentous week by surprising fans from Nashville to New York City with invitation-only mini concerts in celebration of UNAPOLOGETICALLY.

Yesterday (11/2), she excitedly spilled details on a secret pop-up party on her Instagram account, before taking over The Wayland in East Village. Wanting to ring in her unforgettable midnight release, Ballerini amped up her late-night  “Legends” – her endearing nickname for her fans – until the clock struck 12. The first 100 fans were also gifted an autographed physical copy of the album.

Previously in Nashville, Ballerini surprised the top 125 Nashville Spotify listeners of her music on Monday(10/30). From Music City’s The Back Corner, she hosted an acoustic concert featuring a handful of new songs, such as the lovestruck title anthem, all while the enchanted crowd sang along to every word. During a special Q&A portion emceed by CMT’s Leslie Fram, Senior Vice President of Music Strategy, Ballerini answered a range of questions from guests and in honor of one of her favorite lyrics from her chart-rising single, “Legends” – “We wrote our own story” – she further invited everyone to write her a letter from a satellite station stocked with stationary inside the venue before exiting. Ballerini capped off the memorable night with a casual hang where she ditched her ornate blue-green floral suit for comfy sweats.

Tonight she will next make her debut on CBS’ The Late Show with Stephen Colbert at 11:35/10:35c and then will return to Nashville, where she’ll be honored with the treasured ASCAP Vanguard Award at the 55th annual ASCAP Country Music Awards on Monday (11/6).

Wednesday (11/8) marks the 51st annual CMA Awards, where the Female Vocalist of the Year nominee will not only partner with Reba McEntire for an iconic duet of “Legends” that night (live on ABC at 8/7c), but perform live from Nashville on ABC’s Good Morning America that same morning (7 a.m. local time).
“These are exciting days for Kelsea and Black River,” said Gordon Kerr, CEO of Black River Entertainment. “With the success of her first album; including three number one songs and a Top 3 single, we are extremely grateful to the outstanding radio promotion staff at Black River and all the people who came alongside Kelsea to make history with her first album. As we launch Kelsea’s second album,UNAPOLOGETICALLY, we look forward to continuing this journey alongside Kelsea and the wonderful people that day in and day out, tirelessly work to advance this great artist’s music.”

For more information on KELSEA BALLERINI and THE UNAPOLOGETICALLY TOUR, including VIP Packages (tickets on-sale now), visit KelseaBallerini.com and reach out to her on Facebook, Twitter andInstagram. Fans can also follow along the tour with #KB2TOUR.
About Kelsea Ballerini:
Named among the “30 Biggest Albums of Fall” by Entertainment Weekly, GRAMMY nominee Kelsea Ballerini takes listeners on an intimate journey of loss, life, and love, with her highly-anticipated sophomore album UNAPOLOGETICALLY. “Legends” marks the first chart-rising single among the 12-track compilation written or co-written by Ballerini. Following a successful sold-out first headlining tour, THE FIRST TIME TOUR, last year, Ballerini kicks off THE UNAPOLOGETICALLY TOUR this winter. The Black River Entertainment artist is vying for Female Vocalist of the Year at the 51st annual CMA Awards airing live from Nashville on November 8 on ABC. She will also be honored with the ASCAP Vanguard Award at the 55th annual ASCAP Country Music Awards (11/6). The record-breaker skyrocketed to stardom after releasing three consecutive PLATINUM-certified, #1 smashes from her critically acclaimed, GOLD debut album THE FIRST TIME – “Love Me Like You Mean It,” “Peter Pan,” and “Dibs” – making her the only female artist in Country music history, including female duos and groups, to achieve this accolade. Ballerini has appeared on the cover of Billboard Magazine’s GRAMMY preview issue, was included in Forbes’ “30 Under 30” class of 2017, and featured in People Magazine’s “Beauty at Every Age” list in their iconic World’s Most Beautiful issue for 2017. She’s been named “The Country Sweetheart” in People’s elite “Ones to Watch” portfolio, praised by Rolling Stone as the “Nashville It Girl,” touted by Billboard as “Country’s Next Queen,” and selected as one of CMT’s Next Women of Country. Awarded Billboard’s “Rising Star” title at the prestigious 2015 Women in Music event, Ballerini has continued to gain recognition by scoring her first-ever ACM Award win for New Female Vocalist of the Year, iHeartRadio Music Award for Best New Country Artist, multiple Radio Disney Music Awards, American Country Countdown Award (ACCA) for Breakthrough Female of the Year, ACM Honors’ Gene Weed Milestone Award and acknowledged as Artist of the Year by Nashville Business Journal.