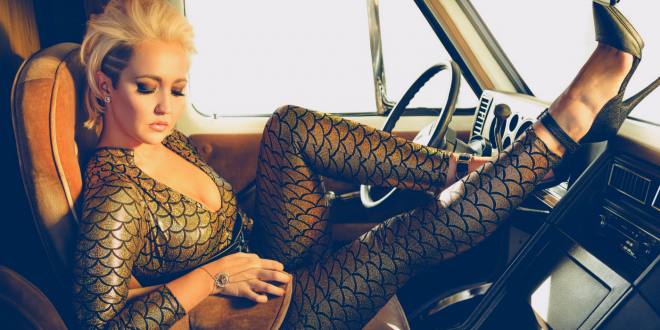 CMA nominee and runner-up on Season 8 of NBC’s The Voice, Meghan Linsey is back with a vengeance with her new album Bold Like A Lion, a 13-song collection of soaring ballads, stomping anthems and lots of girl power!

The album, produced by Tyler Cain features collaborations with Aloe Blacc and Fred Schneider of The B-52’s. “I may be biased but I think Tyler Cain is one of the best up and coming producers in town. We work so well together and the way he brought these songs to life is on another level,” mentions Linsey.

“We started working on the album almost 2 years ago and I am so proud of what we’ve accomplished,” Linsey states. “It was important for me to create something that was a true representation of me as a woman at this moment in time. My goal in my career has shifted a lot over the last few years. I’ve realized it’s my responsibility as an artist to use my platform to shine a light on important issues and to spread a message of love and hope. I just hope that this album is a reflection of that.”

Linsey recruited some of Nashville most sought-after musicians to record the album. “I actually borrowed Kelly Clarkson’s rhythm section. The bass player, Kyle Whalum and drummer Lester Estelle, are both in her touring band and are incredible players.”

Aloe Blacc is one of Linsey’s favorite artists in music right now, so it was a real honor for her to get the opportunity to with him. “Tyler and I wrote ‘Say it to My Face’ with Aloe on a trip to LA last year. I’d been wanting to write a song about internet trolls for a long time and I was so glad he was down to write and sing it with me. It’s a sassy song, with an important message. We also wrote ‘Save Me From Myself’ which is the closing track on the album.”

Linsey also had the chance to work with the incredible Fred Schneider of The B-52’s on “Freak 4 The Beat”. “Working with Fred Schneider was a dream. He’s such a legend and I knew his iconic voice would be the perfect match. I just love his energy and I was so glad he agreed to be a part of it.”

I’m so grateful that I have a fan base who are invested in me, not just as an artist, but as a human being. I keep it real and they know that. This album is for them. I want them to listen to it and feel empowered and like they can overcome anything. That’s why I titled it “BOLD Like A Lion”.

“A tough girl with vocals that swell, yell, and sometimes recall the gritty bad-assery of Amy Winehouse” – ROLLING STONE

About Meghan Linsey
Bold. Powerful. Soulful. These are just a few of the adjectives used to describe the incredible voice and spirit of Meghan Linsey.

Linsey was born and raised in New Orleans and proudly blends her southern roots with a soulful pop sensibility to produce a sound she coins as her own genre, “Southern pop”.

Linsey began her career as one half of the Billboard chart-topping country duo, Steel Magnolia, signed to Big Machine Records.  The duo was nominated for major music awards including ACM’s, CMA’s and Teen Choice Awards. Steel Magnolia went on to sell over 1 million downloads and albums. They appeared on national television shows and toured with superstar acts such as Reba, Blake Shelton, Brad Paisley and Bob Seger. The duo parted ways in 2011 and Meghan embarked on a solo career.

After recording and touring as an independent artist in 2015 Meghan took her musical journey to a new level as a contestant on NBC’s THE VOICE. “I’ve always been a risk taker, and as an artist, I want to continue to challenge myself and push the boundaries.” she said just before entering the competition. The risk most definitely paid off. During her time on the show Meghan landed a number 1 on the Billboard Christian chart with her rendition of “Amazing Grace” and multiple #1’s across all genres of the iTunes chart. She was crowned the Season 8 runner-up and was the first contestant in The Voice history to perform an original song that she wrote on the show’s finale.