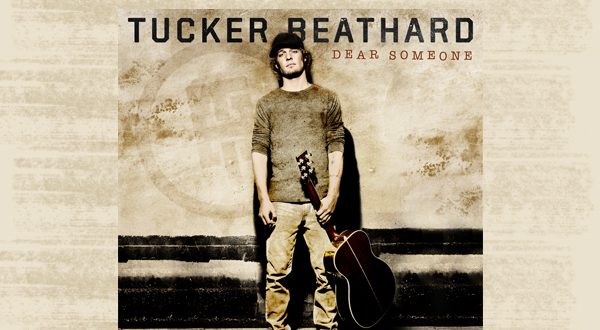 Singer/songwriter Tucker Beathard will lay all his cards on the table when he delivers his debut studio album DEAR SOMEONE, announcing today that his refreshingly-honest 13-track offering will be released November 17 on Big Machine Records.  A prolific songwriter, Beathard has writing, as well as drums, electric and acoustic guitar credits on the upcoming release that captures the friction and fuel that fires an artist coming into his own on his own terms. NPR shared more insight into the “persuasive first album’s” release with an exclusive interview with Beathard, along with a First Listen of “Boys Who Make The Noise,” this morning here. Fans can pre-order DEAR SOMEONE now here.
Having spent three years crisscrossing America, often in a van, Beathard knows what his music is worth. DEAR SOMEONE is packed with the passion of defiance, but also faith and conviction. Whether it’s the generous post-breakup “Better Than Me,” the back-against-the-wall pledge “I’ll Take On The World With You,” the wrong-side-of the-tracks girl in “Whiskey In A Wine Glass” or the heart-stopping rendition of “Faithful” featuring fellow strong-willed singer/songwriter Lissie, Beathard strikes a chord that is meant to go right through you.  He’s not trying to tell other people what to do, he just knows what he can’t be. Beathard, who has spent hundreds of nights out on the road connecting with fans across the country, shared his feelings on the imminent release last night, in a vulnerable post available to read here.