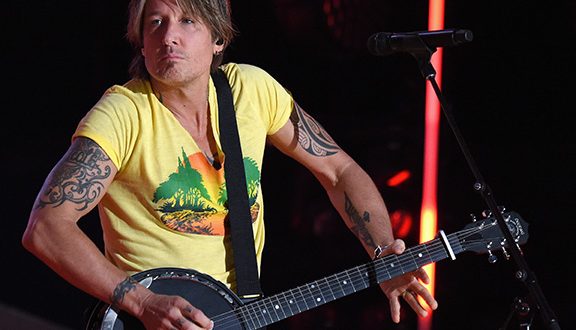 Keith Urban will welcome 2020 as the headliner for Nashville’s annual New Year’s Eve Music City Midnight event, and this just announced, he’ll be joined by the one and only, Stevie Nicks. The concert, will be held at Bicentennial Capitol Mall State Park, and is free to the public. It begins at 4PM and those who cannot attend will be able to catch portions of the show aired on both CNN and NBC.

“To have someone of the caliber and stature of Stevie Nicks join Keith Urban on stage is an incredible way to cap off the year,” Nashville Mayor John Cooper said in a statement. “Nashville has worked hard to grow New Year’s Eve into a world-class event that brings global attention and economic impact to the city. Considering the evening’s diverse lineup, national broadcast coverage, and the addition of a Rock and Roll Hall of Fame artist to the program, it’s clear that these efforts are working.”

In addition to Nicks and Urban, performers include: Ashley McBryde, Jason Isbell, The Struts, Amanda Shires, Bren Joy, Kalie Shorr, DJ Dave Audé and the Fisk Jubilee Singers. There will also be fireworks and a massive musical note dropping to mark the new year.

Music editor for Nashville.com. Jerry Holthouse is a content writer, songwriter and a graphic designer. He owns and runs Holthouse Creative, a full service creative agency. He is an avid outdoorsman and a lover of everything music. You can contact him at JerryHolthouse@Nashville.com
Previous Win 4 VIP Tickets To The Black & Gold Masquerade New Year’s Eve Party In Nashville!
Next Rockland Road Releases Debut Single “Caroline”