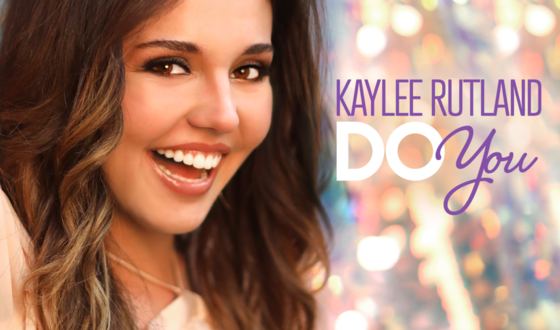 Kaylee Rutland Pens New Single, “Do You,” to Inspire Young Women to be Themselves

Country recording artist, Kaylee Rutland, has released her new single, “Do You,” which is now available on iTunes, Apple Music, Amazon, and Spotify.

The inspiration behind the new track originated from an idea that Rutland had in wanting to instill a positive message in her younger sister as well as young listeners. “Do You” is intended to encourage young women that going outside the “status-quo” is something to be celebrated.

Rutland adds, “‘Do You’ enforces the idea that young women should find comfort and pride in who they are. It is also a reminder to take the images we see on social media with a grain of salt. No one is perfect, regardless of his or her follower count. This song is a call for each of us to essentially just ‘do you’ and not worry about fitting into the mold that society has created for young women.”

Rutland co-wrote the song with three-time Grammy-nominee and longtime producer/mentor, Jamie O’Neal, along with Minnie Murphy. A video for “Do You” will be shot and released in the coming months.

About Kaylee Rutland: Kaylee Rutland’s music makes an unmistakable connection with listeners as evidenced by her tremendous social media following. She has been named a Country Living Magazine “Artist to Watch,” a Billboard Magazine “Top 10 Artists to Watch,” and was a finalist in the inaugural Nash Next competition, due in large part to her feverish social media following. Additionally, she had the opportunity to tour alongside Warner Music Nashville’s RaeLynn. Rutland’s latest EP, That Side Of Me focuses on the many different sides to Rutland’s music. Several tracks featured on the EP have received significant airplay from Radio Disney Country. Growing up in Texas, country music made a lasting impact on her style, learning from the greats of Reba McEntire, Carrie Underwood, and Sara Evans. She was eight, when she first fell in love with singing, performing her first solo for a Christmas musical at her church, and by her teens, she was fully committed to writing her own songs.